Police plan to let EDL march through heart of Walthamstow

This article is over 9 years, 5 months old
The police want to march the racist thugs of the English Defence League (EDL) right through the centre of multicultural Walthamstow in east London, Socialist Worker has learned.
By Sam Bogg
Downloading PDF. Please wait...
Friday 24 August 2012

The police want to march the racist thugs of the English Defence League (EDL) right through the centre of multicultural Walthamstow in east London, Socialist Worker has learned.

The EDL plans to come to Walthamstow on Saturday 1 September. Preliminary routes drawn up by police will take the racists close to the main shopping centre through the middle of the community.

Anti-fascists mobilising against the EDL have condemned the plans. “The police are talking about marching the EDL through the heart of Walthamstow,” said Martin Smith, national officer from Unite Against Fascism. “It is a disgrace—and anti-racists cannot let this happen,” he added.

Meanwhile Waltham Forest’s Muslim community has thrown its weight behind the anti-fascist counter demonstration. The borough’s council of mosques has released a statement pledging to mobilise local Muslims to attend the demo.

Dilowar Khan is chair of the East London Mosque in the nearby borough of Tower Hamlets, which was unsuccessfully targeted by the EDL last year.

“The EDL are a threat to all communities, and everyone should stand against them regardless of religion or background,” he told Socialist Worker.

“The EDL targets Muslims because we are a minority. It is important to come out to oppose them because if good people stay at home, then evil will triumph.”

Locals have been building opposition to the EDL in the area despite the police’s determination to protect and “facilitate” the racist march.

Dean Harris of We Are Waltham Forest told Socialist Worker, “The fact that the Muslim community has put its support behind the counter demo shows how united this borough is. We’re proud to be standing beside our Muslim brothers and sisters—and proud to stop the EDL.” 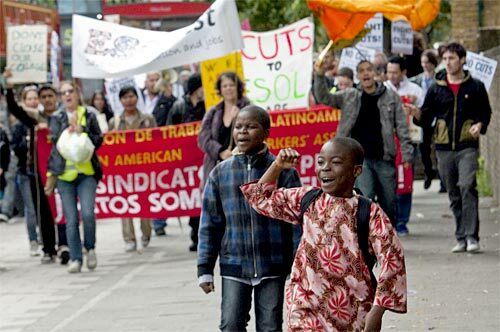 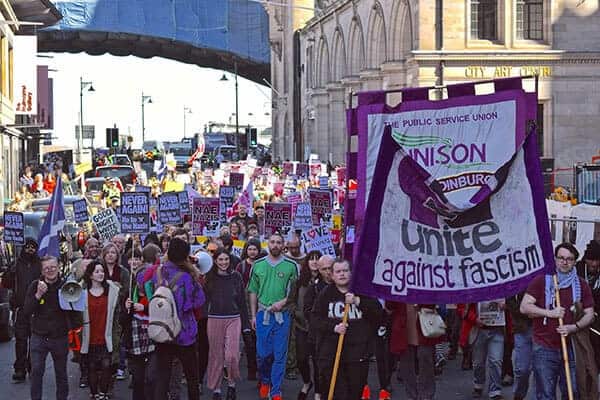