This article is over 9 years, 7 months old
As a new inquiry is launched into the Stephen Lawrence murder investigation, Simon Basketter looks at why past inquiries failed
Downloading PDF. Please wait...
Tuesday 05 June 2012

There is to be a new inquiry into police corruption in the Stephen Lawrence murder investigation.

The announcement from home secretary Theresa May came 24 hours after two separate inquiries claimed police corruption did not affect the investigation.

Scotland Yard and the police watchdog the IPCC believe their own reviews show “no new allegations or evidence that would merit further investigation”.

Yet the Lawrence case was dominated by racism and corruption throughout.

The Met failed to arrest the murder suspects—saying there was a “wall of silence” in the area.

The police allowed suspects to dispose of clothes and other items even though they were under close surveillance. The first murder inquiry’s detective sergeant, John Davidson, was accused by another police officer of being paid by drug smuggler Clifford Norris.

Clifford is the father of one of Stephen’s convicted murderers, David Norris. The full extent of his links to the Met have yet to come to light.

But Clifford Norris met Detective Sergeant David Coles at least three times at a pub in 1988 and exchanged packages with the cop.

Coles was later part of the Lawrence investigation.

The trail of corruption goes back to criminals from south east London connected to the 1983 Brinks Mat gold bullion robbery.

Those involved included Kenneth Noye, who had corrupt links to police officers. One of Noye’s criminal associates was Clifford Norris.

Police intelligence files say Davidson was a “major player” in a ring of corrupt detectives “operating as a professional organised crime syndicate”.

He dealt in Class A drugs and “would deal in all aspects of criminality when the opportunities presented themselves”.

Another corrupt officer, former Metropolitan police Commander Ray Adams, was an investigator in the Lawrence murder.

He was never disciplined and, like Davidson, has denied wrongdoing.

Adams left the force because of a bad back and went on to work at a Rupert Murdoch-owned company, NDS, to organise security.

A police supergrass recently gave evidence under oath at the Old Bailey that Davidson had told him bent cops “looked after old man Norris”.

Davidson never faced criminal charges and was allowed to retire on ill health grounds to run a bar in Menorca. It’s called The Smuggler.

The IPCC has again concluded that a number of whistle blowing officers had confused Clifford Norris with a different crime squad informant with the same name as Clifford’s son David Norris.

This is a little odd since this David Norris was murdered in 1991, two years before Stephen Lawrence. And all three whistleblowers insist there was no confusion. The police informant David Norris said he was related to Clifford Norris.

This David Norris was murdered in a contract killing. He had lent thousands of pounds to cops in the south east of London.

Ten officers divided up £200,000 that they confiscated on a drugs raid inspired by a David Norris tip off.

Unison elections: the left must unite 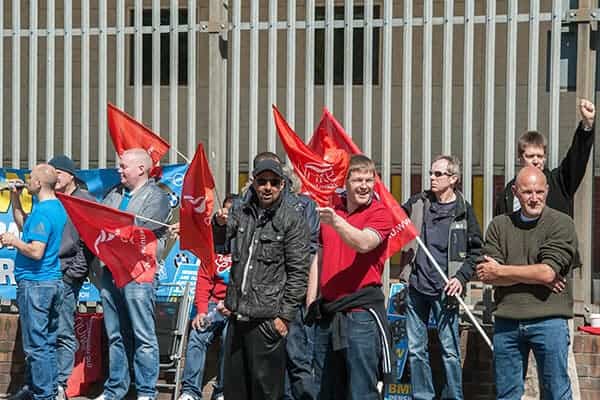