Police: rotten to the core

The police are in crisis following revelations of racism and corruption. Top cops will once again say that the problem is down to a few rotten apples.

But the facts speak for themselves.

Every day three complaints of racism are lodged against the police.

Most complaints are against big city forces—but they are made against smaller ones too.

In Norfolk one cop was accused of saying, “You’re a fucking foreigner, taking over the place” to an Asian woman.

Last August, east London PC Alex MacFarlane was recorded saying, “The problem with you is you will always be a nigger, yeah?” to a man he arrested.

The tapes’ publication has led to a stream of new accusations of racism.

Now all accusations of police racism will be sent to the Independent Police Complaints Commission (IPCC). But the body hardly has a glowing record on holding the force to account.

It is responsible for investigating deaths in custody. Some 1,429 people died in police custody between 1990 and 2011. Yet, not a single police officer has been convicted for any of these deaths.

The Macpherson report into the botched investigation of Stephen Lawrence’s murder said that the Metropolitan Police were “institutionally racist”.

Black people are 30 times more likely than white people to be stopped and searched by police in England and Wales.

And Met chiefs have enjoyed close relationships with the

The main role of the police is to protect the property, power and privilege of those at the top of society from those at the bottom.

That is why the filth of society collects in its ranks. 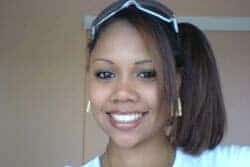 Woman falls to her death as police visit