THE shooting dead of our Jimmy at Hastings in January 1998 by the Police Armed Response Unit has totally destroyed our lives. For three years we have believed that such actions by police would be put before a judge and jury, and at the very least we would have a trial that would address this terrible injustice.

Unfortunately this was not to be, and the reality has been a continuation of the nightmare, which ended in all the officers involved being acquitted. The night that our Jimmy died there were more officers with more munitions in that building than there was at the home of Slobodan Milosevic when he was arrested for war crimes.

Jimmy was demonised as some gun-toting drugs dealer during the trial. In fact there was no evidence of this whatsoever. Jimmy was later praised for intervening in a potentially fatal attack on a man a few days before Jimmy’s death. The whole case has totally destroyed any notion of justice in the current system.

We have been victims of a terrible injustice. But we are not willing victims who have been crushed by what has happened. This whole travesty has toughened us up and we are now ready to have a real fight for justice for Jimmy. There is currently an election taking place and all the politicians are scrambling for votes. One of the demands they are making is for more police. They are not calling for more justice.

Responsibility for the death of our Jimmy does not only lie in the hands of the police. The injustice does not lie only in the Old Bailey. We feel that both the Home Office and Downing Street bear a large responsibility.

There needs to be changes made which would mean no other family goes through what we have. We demand that Jack Straw sets up a public judicial inquiry into the death of our Jimmy.

Roger’s family will fight on

THE DECISION by the Crown Prosecution Service (CPS) not to press charges against eight Metropolitan Police officers over the death of Roger Sylvester is an outrage. The 30 year old black man died in police custody in 1999 after he was forcibly restrained outside his house in north London.

In April a judge allowed a review into a previous decision by the CPS not to prosecute. But last week another judge, Lord Justice Woolf, told the family that the review would have to be postponed. He said an inquest will have to take place first. But that could allow the police to claim any court case following it would be contaminated.

Roger Sylvester’s family have found out that the Metropolitan Police officers refused to answer questions during a recent internal inquiry conducted by Essex police. This is doubly sickening. We have the police investigating the police. And police officers are allowed the right to silence which Jack Straw has taken away from the rest of us.

The police claim they have changed since the Macpherson inquiry into the murder of Stephen Lawrence. But the same secrecy still exists. Everyone should support the Sylvester family in what is certain to be a long and gruelling fight for justice.

Offer them the hand of friendship

IT IS only the foolish vanity of us British that makes us think everyone wants to get into this country. Who in their right mind would wish to come to such a dangerous, inhospitable and racist country like ours unless they were absolutely desperate?

Here anyone can be imprisoned without trial or judged on a single interview without legal representation. There are fortunes being made from printing vouchers and running private prisons where children, women and men can be assembled for rapid expulsion. Government ministers who themselves are descended from economic migrants brag of how many they can turn away.

However, there is one group of migrants who are always welcomed by people-the rich. Look no further than Rupert Murdoch or the Hindujas. One principle, universal in most places up to the last century, needs to be restored-that people have the right to travel where they will, to settle and to work as they wish.

New Labour and the Tory party’s attacks on asylum seekers have opened the doors for racism and groups like the BNP. Ordinary, decent people, I believe, should welcome those coming here with open arms. The world belongs to us all.

No support for Bush plan

I SPOKE for the Socialist Alliance at a public meeting organised by the Staffordshire and Shropshire Peace in the Balkans group in Stoke on Trent two weeks ago.

The local Labour MP and a Liberal Democrat candidate for one of the Stoke constituencies also spoke in the debate on defence. The audience wiped the floor with the MP (even though he had criticisms of New Labour) and the Liberal candidate.

People connected with an argument linking globalisation and big business to the arms trade and NATO intervention. They were appalled by New Labour’s support for George Bush’s “Son of Star Wars” lunacy. Ever growing numbers of people are sick of the neo-liberal agenda pushed by Tony Blair.

The meeting showed that the Socialist Alliance has a duty to link activists across the country to build the possibility of a real socialist alternative in Britain after the election.

THE ECONOMIC and social council of the United Nations voted to give the US the boot from its human rights commission. Doesn’t that body know god appointed the US to sit on the commission forever? Surely those who voted by a democratic secret ballot have forgotten that the US is the master of the universe!

Actually, all of the arrogance belongs with the US House of Representatives. That branch of Congress voted 252 to 165 to withhold $244 million from what the US owes in dues to the United Nations. Much of the media has presented this event as the US being replaced by notorious human rights violators such as Sudan and Pakistan.

The US was actually replaced by Sweden. That country does not have capital punishment, unlike the US.

Info to back case

IF YOU missed the threeday series of articles in the Guardian last week about asylum and immigration, get to the library and photocopy it, or get it off the internet. It presented brilliant arguments against scapegoating. There was a mix of statistics and case studies.

It also showed how most people don’t go along with the hysteria. I used the information to back up the arguments I’ve been having with people at work about the issue.

Election broadcast had a big impact

THE SOCIALIST Alliance election broadcast was a great success. About 700 people rang in within 48 hours of it showing to get involved in the election campaign.

Nearly all of them were longstanding Labour Party voters or members. Several Labour councillors rang to offer their support. Some were trade unionists who said they simply could not stomach the talk of further privatisation.

All thought the success of the broadcast was that it featured working people and campaigners rather than politicians. There is a wealth of support for the Socialist Alliance and Scottish Socialist Party. We have to up the profile in the final days of the campaign to let people know there is an alternative.

Trained to be a killer

I SERVED in the British army. My experiences have shown me that I was conned. Talk of “defending Britain” is rubbish. I was sent around the world to defend a parasitic monarchy, arms manufacturers and the warmongering interests of the rich. We are selling arms to some of the most ugly regimes in the world. The government tells us about the crimes of Saddam Hussein in Iraq. But what about Turkey? It has killed thousands of Kurdish people. Britain is supporting the US everywhere. I was told I was fighting for democracy. I was a paid killer keeping murderous businesses alive. I hope other people don’t have to find out the way I did.

Inquiry was a sham

THE OFFICIAL inquiry into the murder of Surjit Singh Chhokar, the young restaurant worker who was stabbed to death a suspected racist attack in 1998, collapsed in disarray last Monday. The parents of the murdered man and their lawyer walked out of the public hearing.

Darshan and Gurdev Chhokar, father and mother of Surjit, and the family’s lawyer, Aamer Anwar, were the only three people to attend Dr Raj Jandoo’s hearing, following a request from the family for a boycott of the proceedings. Despite two trials, no one has been found guilty of the murder. One suspect received a 12-month jail term for assault.

The Chhokar Family Justice Campaign has continually called for a full public inquiry into Surjit’s death, and the way the police and the criminal justice system handled it. Instead they were given the secretive Jandoo inquiry, which is accused of leaking findings, and even produced a draft report before hearing any evidence from the family.

Darshan Chhokar has quite rightly branded the Crown Prosecution Service “a colonial gentleman’s club, stuck in the dark ages”. The parallels between the Chhokar case and the case of Stephen Lawrence are striking. Only the courage and persistence of Stephen’s parents and their supporters forced the establishment to concede a public inquiry into his case. In refusing to cooperate with Jandoo, the Chokkar family have declared that they will carry forward their campaign for justice with similar determination. 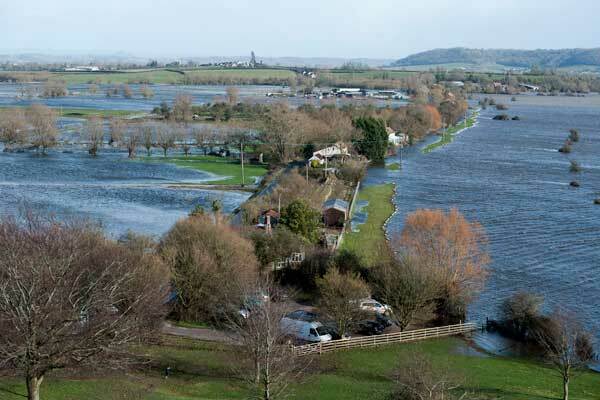