Pollution can take your breath away

This article is over 19 years, 10 months old
Pollution from car exhausts causes asthma, new official research has shown. The finding shows for the first time a direct link between transport chaos and pollution, and the epidemic of childhood asthma.
Downloading PDF. Please wait...
Saturday 23 February 2002

Pollution from car exhausts causes asthma, new official research has shown. The finding shows for the first time a direct link between transport chaos and pollution, and the epidemic of childhood asthma.

A massive study backed by the US federal and Californian state governments has shown that ozone can cause asthma. Ozone is the main ingredient of the smog caused by car exhaust pollution. In Britain more than one in seven children now suffers from asthma, six times as many as 25 years ago.

Real nuclear threat to us

A NUCLEAR test was conducted last week by Tony Blair and George W Bush. The two warmongers gave the go-ahead for the test at a secret underground site in Nevada in the US.

The test did not involve detonating a nuclear bomb, but was what scientists call a ‘sub-critical’ test. ‘It was done to answer questions about plutonium and how it explodes. The reason we do it is to maintain our stockpile of nuclear weapons,’ admitted a US government spokesperson.

TONY BLAIR could be given a customised jet for official travel. The plane could cost taxpayers around £250,000 a month plus expenses such as fuel and an initial refit of a Boeing 777 or 767.

Blair is reportedly angry that his present plane is not suitable for his frequent trips abroad.

WAITING LISTS for inpatient treatment at NHS hospitals in England lengthened last year, despite New Labour’s promises. The total waiting list rose by 1.5 percent from 1,034,400 in December 2000 to 1,050,200 in December last year, according to a Department of Health statistical bulletin released last week.

These companies would then be regulated. Can we look forward to Ofgun, Ofbomb or Oftorture?

A lesson in shortages

RECORD NUMBERS of teachers in the south east of England are leaving their jobs, according to a new study commissioned by local education authorities. Nearly one in five teachers left school posts in the south east last year. Half quit teaching altogether.

The study also found that 23,000 teachers across England as a whole left teaching over the same period. Workload and pay are two of the pressures that lead teachers to leave. 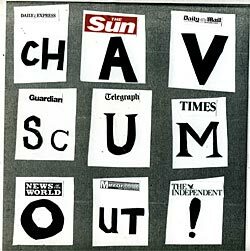 Demonstration against Ceta trade deal as it stalls in European Union 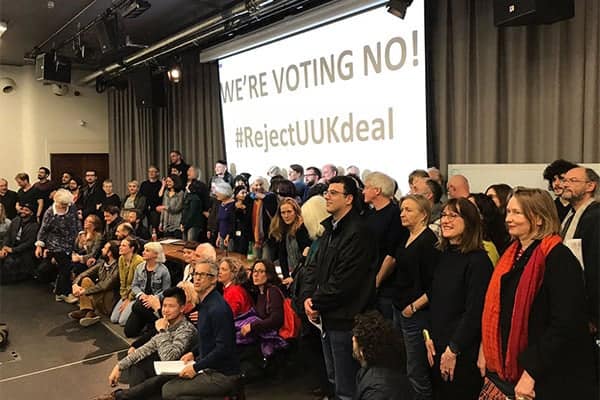 Planned post cut is 'postponed' in Leeds after strikes