The workers, members of the Communication Workers Union (CWU), walked out at 372 post offices around the country on Saturday. Workers then struck in Scotland on Monday, and on Tuesday in England, Wales and Northern Ireland.The strikes on Monday and Tuesday mark the eleventh time the workers have been on strike in five months.

“We think there’s been a similar pattern around the country.

“On Tuesday, Bosses will try and get management to replace workers. But they can’t always make up the numbers to keep the offices open.”

Strikers are fighting plans to sell off or downgrade 75 CPOs, 20 percent of the network, cutting 1,500 job cuts.

Gary said, “The signs are the Post Office want a deal but are terrified of being seen to give in to the union.

“They are also terrified of our recent ballot result to stop selling Post Office financial products—they need to raise £8 million, and that’s going to seriously disrupt that.

“The support has been good. “I worried about the money aspect for a lot of workers, because we have a lot of single parents, but the turn out has been between 75 to 80 percent.

“Support from the public has also been very high. “We’ve had residents doing their own petition to save the Post Office before the union had a chance to get one going.

“The next big step is when we are going to be balloted next month over privatisation. Then we’ll have everybody out.” 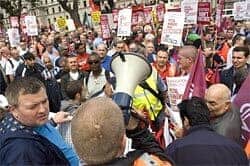 Battle is on for postal workers 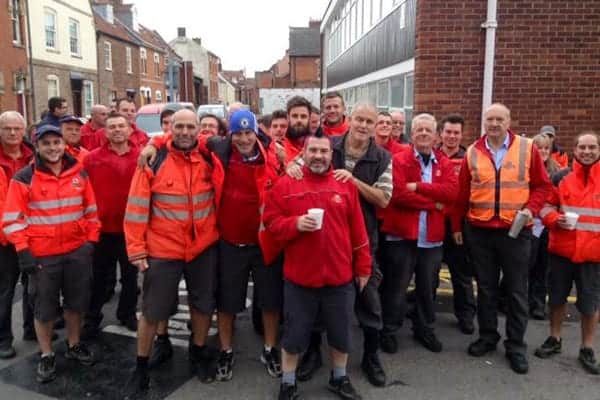 Bosses out to kill mail centres

The bullying bosses of Burslem