This article is over 18 years, 6 months old
ON THURSDAY last week, as strikers marched back into work at the East London Mail Centre, the song \"You Don't Get Me I'm Part of the Union\" blared around the office. Somebody had put it on the Distribution music system as part of our defiant celebration of a victory over an outrageous attempt to sack two of our colleagues.
By ANGIE MULCAHY, CWU East London area processing rep
Downloading PDF. Please wait...
Saturday 31 January 2004

ON THURSDAY last week, as strikers marched back into work at the East London Mail Centre, the song “You Don’t Get Me I’m Part of the Union” blared around the office. Somebody had put it on the Distribution music system as part of our defiant celebration of a victory over an outrageous attempt to sack two of our colleagues.

A 24-hour strike has secured a really important step forward for the union locally and shown management nationally that they cannot walk all over us.

We have won a review of the case and were waiting for the full result this week.The two workers in east London had been accused of harassing a witness in another disciplinary case. But the papers they were presented with had no details of who they had harassed, when the events were supposed to have taken place, or where the events were meant to have happened.

At the disciplinary interviews management refused to reveal these key facts. Instead they pressed on regardless with their wholly inadequate case. This was trampling totally on everything in the conduct code, a disgraceful witch-hunt.

Workers at the mail centre were outraged when they found out about what was happening and they supported the union branch’s decision to apply for a strike ballot over the question. But there was a spontaneous feeling to act much more directly if management actually moved to sack the two.

On five separate occasions management were on the verge of announcing the sacking. They finally made it clear that the verdict would come at 5pm on Wednesday of last week.

The two members involved have been on an emotional roller-coaster for over two months. Everyone knew that the result would be two sackings. Our union head office sent us a letter repudiating any possible action just in case we were thinking of it!

Management certainly expected the night shift to walk out as soon as the verdict was handed down. They even cancelled the food for the canteen because they assumed there would be nobody in the building!

However, the two workers-who have suffered months of extreme stress-were too ill to come in to get their verdicts.

This did not stop workers wanting to make their feelings known.

Just after midnight the night shift gathered in the canteen and demanded to know what was going on. Managers ordered them back to work and said they would be closing the canteen. At 2.15am the whole shift walked out and set up picket lines. As delivery workers and the early shift arrived they also joined the action.

A group of workers who had been temporarily transferred to the centre from the closed-down Travelling Post Offices joined the strike, as did a worker who had started just a few days before.

There is a power struggle in the office. Many workers believed that the sackings were an attempt to get back at us for successes we have had in the past.

There was a very determined mood on the picket line and a big effort to make sure everyone knew what was going on and why the action had taken place.

Unfortunately some members of the late shift were not informed of the facts, as the area reps were otherwise engaged in discussions/negotiations with the east London management team, and for that I apologise.

Management tried to take a very hard line. They said we had to return on the basis of the rotten deals that caused the big unofficial walkouts in October and November. But the strike stayed firm. And then management further up the chain began to take an interest in the case.

At the same time as local managers were saying they would be sending out the verdicts to the two workers whether they were ill or not, higher management had been forced to review the case and look at the paperwork.

It soon became obvious that Royal Mail was embarrassed by the case. We were told there would be a proper review before any verdict was announced and, if necessary, that there would be a complete rerun of the case.

This was what workers had demanded and the nightshift on Thursday voted to return to work.

People felt so proud of the union and for standing up for two of their mates who have really been put through the wringer by management. They have suffered intolerable pressure and have been saved only by the fact we have a well organised union. 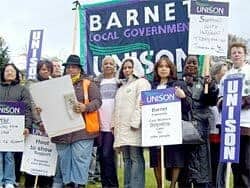 A movement that gave voice to the 99 percent