This article is over 11 years, 9 months old
Post workers have begun a ballot over a proposed deal to end the long-running dispute between their CWU union and Royal Mail.
Downloading PDF. Please wait...
Tuesday 13 April 2010

Post workers have begun a ballot over a proposed deal to end the long-running dispute between their CWU union and Royal Mail.

The company had wanted to ram through changes to working conditions without consulting the union.

Rank and file pressure eventually forced the union’s leadership to escalate a series of local industrial disputes into a programme of national strike action.

But in December last year, with the company on the ropes, the union leadership suspended the strikes and agreed to talks.

The result of those negotiations is a poor offer. If agreed, it will mean the loss of thousands of jobs in mail centres and more work for less money for many working in deliveries.

Royal Mail want to turn Saturdays into a normal working day in delivery offices. This will have a devastating affect on the lives of thousands of workers—particularly those with families.

Crucially, the offer makes no guarantees about the future of the company’s pension scheme.

Both management and the union’s leadership are pushing hard for a yes vote.

So far only a small minority of branches have decided to reject the offer. They include North Lancashire and Cumbria, Bristol and District, South East Wales Amal, Kent Invicta and Portsmouth and District.

But even in areas where union branches are recommending to deal, many reps are reporting a less than enthusiastic response from the shopfloor.

The offer does not come close to matching the determination shown by postal workers during the wave of strikes. They should vote no.

Royal Mail dispute: ‘We can bring the whole postal system to a halt’ 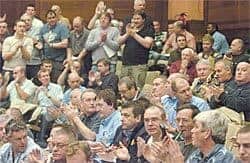 CWU postal workers gear up for a national strike ballot 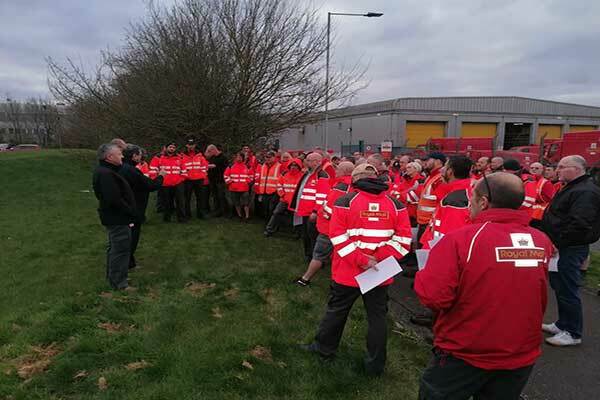