This article is over 11 years, 11 months old
Despite the long-awaited agreement between our national union and Royal Mail to sort out the company’s future, it’s the same old story at Bridgwater delivery office – trouble!
By CWU member, union committee, Bridgwater
Downloading PDF. Please wait...
Tuesday 16 February 2010

Despite the long-awaited agreement between our national union and Royal Mail to sort out the company’s future, it’s the same old story at Bridgwater delivery office – trouble!

Managers’ stupidity and hatred of the CWU union has led to three unofficial actions in three weeks.

These have been a three‑hour training-room sit-in, followed last week by two walkouts in four days.

First, an arrogant manager came into the office during the last days of the snow and ice and ordered staff to go home early, warning them they owed all the “lost” hours.

108 out of the 114 workers occupied the training room until midday, when Royal Mail surrendered and accepted that no hours would have to be repaid.

Then there was a spontaneous walk-out on Friday 5 February when a worker was suspended after an unsubstantiated public complaint.

Four days later a key union activist was also suspended for alleged remarks to another worker who had previously refused to walk-out. And the result? Another-walkout.

CWU general secretary Billy Hayes is rumoured to have told Royal Mail that he would not repudiate our actions because of the stupidity and culpability of local Bridgwater managers.

Workers at Bridgwater are now back at work and waiting for their colleagues to be reinstated. If they are not back soon, we will be demanding an official strike ballot.

Meanwhile, we are still preparing for a fight to secure more local full-time jobs. 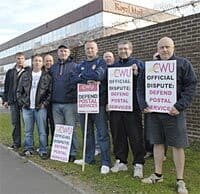 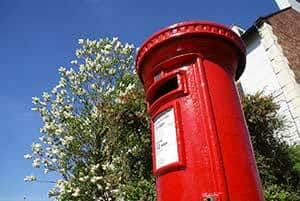 Tories set to sell off Royal Mail for billions