This article is over 19 years, 10 months old
LECTURERS AND technical support staff in the Natfhe union at Southampton City College struck for the whole of last week over pay and increasing workload. There was bitterness on the picket line towards the college principal, who derecognised the union at her previous college.
Downloading PDF. Please wait...
Saturday 16 March 2002

LECTURERS AND technical support staff in the Natfhe union at Southampton City College struck for the whole of last week over pay and increasing workload. There was bitterness on the picket line towards the college principal, who derecognised the union at her previous college.

College management recently awarded themselves a £1,500 pay increase but are refusing to improve the pay of lecturers and support staff. There have also been cuts in all departments. Union members were to meet this week to discuss further action.

No amnesty for council leaders

THE MASS revolt sweeping the Scottish Borders against huge council cuts forced the leader of the Scottish Borders council, Drew Tulley, to resign last week. In towns like Eyemouth and Jedburgh half the town’s population have protested against cuts to education, social work departments, women’s refuges and community centres.

‘The council are now calling for an amnesty from protesters after Tulley has resigned,’ says Graham McIver. ‘But unless there’s an amnesty of cuts and redundancy notices we’re not going to stop protesting.’

Pickets are not lost in the trees

OVER 100 housing workers in Waltham Forest council in east London held a one-day strike on Thursday of last week. The strike was against the council’s plans to make massive cuts to housing services. and to transfer 32 jobs to the private housing company London Quadrant.

Over 30 workers turned up to picket, and stopped postal workers and private contractors crossing the picket lines.

WORKERS DOWNED tools at Faslane and Coulport submarine bases on the Clyde last Thursday. Over 1,000 workers then took to the streets to march in protest at plans to privatise the warship maintenance and support work.

The TGWU and Amicus unions called the protests to warn about the Ministry of Defence review of warship maintenance. Privatisation threatens 1,800 workers’ jobs. Protesters and union leaders called on local council leaders to support their fight against the privatisation plans.

No relaxing on the South Bank

THE BIGGEST and angriest Natfhe lecturers’ union branch meeting seen in years at South Bank University in south London took place last week. It voted overwhelmingly to ballot for industrial action in the event of any compulsory redundancies.

Management wants up to 120 redundancies to balance the books after the funding council found that student numbers had been inflated. South Bank lecturers have already faced redundancies in each of the last five years. Industrial action to coincide with the exam period should be considered a priority. 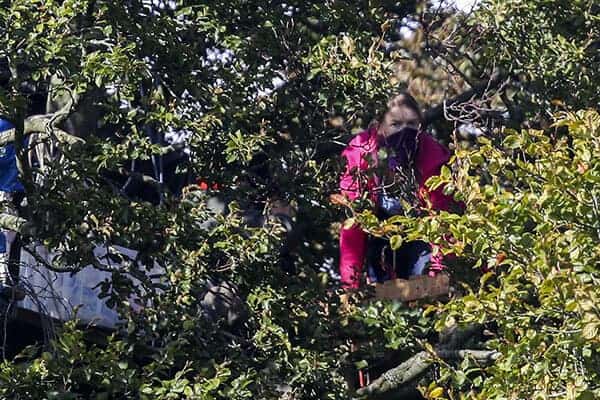