Prisoners rioted last week against inhumane conditions. For three nights young prisoners refused to return to their cells in Moorland prison, Doncaster. After the first day adult prisoners joined in the protests.

Moorland prison holds almost 1,000 young men, many of them teenagers.

Prisoners defended themselves from prison officers with electrified barricades made from their beds. Officers in riot gear broke up the protests.

The last government inspection of Moorland, in October 2008, said staff were using too much force on young people and that half the inmates on one wing were locked in their cells in the middle of the morning. The prisoners are not allowed a shower or a phone call every day.

Also on Tuesday of last week some 60 prisoners aged between 15 and 18 refused to return to their cells at Warren Hill in Woodbridge, Suffolk.

According to Frances Crook, the Director of the Howard League for Penal Reform, “We coop them up like battery chickens and then are surprised when they peck at each other.”

And these conditions do not just exist in one or two prisons in isolation. For instance, a Chief Inspector of Prisons report this week condemned Forest Bank in Greater Manchester.

It said there was much evidence of “unofficial” punishments and that closed visits – where prisoners are divided off from visitors – were imposed too often.

“We were concerned that for a small minority of prisoners, it was not at all safe, and in some cases, prison officers on the wings had a passive attitude to bullying and unexplained injuries.”

The report adds, “Half the prison population are locked in their cells during the working day.” 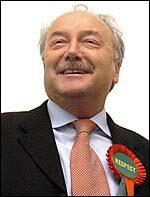 Does smear scandal trail lead back to Unite union?