Privatised staff fight back in Sheffield

Two strikes in outsourced council services are exposing the cost of privatisation in Sheffield.

Bin workers employed by Veolia struck over pay on Wednesday of last week.

The GMB union members demand a 5 percent pay rise. Veolia had offered just 1 percent, which it has now increased to 1.5 percent.

GMB members working for Amey who service roads and street lighting also struck on Monday. They are fighting local pay bargaining, the threat of redundancies and use of subcontractors.

Pickets started at 4am at Olive Grove and Ecclesfield depots and later rallied outside the town hall.

Both groups of workers plan to come out together next Monday. They have support from their union and the public.

The GMB is the majority union in both cases. Other unions failed to support the action.

Both Amey and Veolia are part of giant firms making huge profits out of attacking our jobs, pay and services.

The strikers’ success will depend on escalation—and support from other trade unionists. 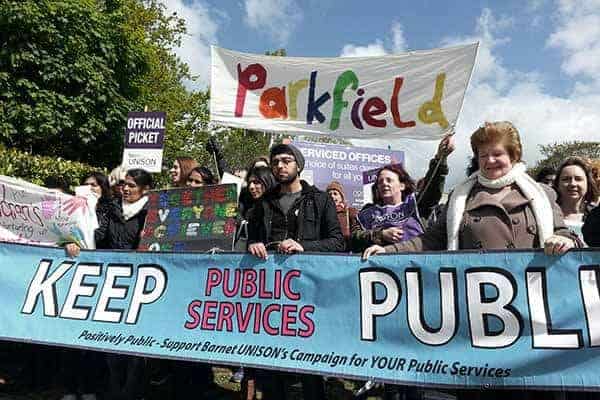 The lights go out in Sheffield

Third one-day strike at JJB - and protests this Saturday