On Thursday the Israeli government passed a law entrenching discrimination against Arabs into its constitution. On the same day supporters of Israel gathered in central London to insist that it is antisemitic to call Israel racist.

The Israeli government voted through a “nation state” bill on Thursday, confirming Israel as an exclusively Jewish state.

The new law says that only Jewish people have the right to self-determination in the land that is formally Israel. It implicitly denies the same right to the Palestinians who have lived there for hundreds of years before Israel was founded in 1948.

The law also scraps Arabic as an official language of Israel, and insists that all of Jerusalem is the Israeli capital.

As a “basic law” it is treated as a part of Israel’s constitution.

It further solidifies the already deep, institutional racism in Israel.

Israel was founded through a process of ethnic cleansing that saw 850,000 Palestinians driven from their homes to ensure the new state had an ethnic majority.

An array of racist laws discriminate against Palestinians in Israel, and prevent those outside Israel from returning.

The new law is explicitly designed to ensure Israel keeps that majority amid fears that Palestinians may one day outnumber Israelis.

Israeli prime minister Binyamin Netanyahu confirmed this by saying the racist legislation reaffirmed the principles on which Israel was founded.

He said, “This is our country, the Jewish state. In recent years there have been those who have tried to undermine that and question the principles of our existence.

“122 years after Herzl made his vision known, with this law we determined the founding principle of our existence.”

Palestinians in Israel voiced fears that the new law would mean they face even more racism.

And Suhad Banna, who lives in the city of Tel Aviv, said the legislation made her feel like a “class B citizen.”

The law exposes Israel as a racist state. But it comes as the right to call Israel racist is under attack in Britain.

Jeremy Corbyn and the Labour Party have been smeared as antisemites for adopting a definition of antisemitism that allows its members to call Israel racist.

Supporters of Israel want the party to adopt a definition that says “suggesting that the existence of a state of Israel is a racist endeavour” is an example of antisemitism.

Over 200 people rallied outside parliament on Thursday night to label Corbyn and the Labour Party as “institutionally antisemitic”.

The protest was called by the Campaign Against Antisemitism (CAA). The group was set up in the wake of Israel’s war on Gaza in 2014 and calls the Palestine Solidarity Campaign antisemitic.

It came a day after right wing Labour MP Margaret Hodge called Corbyn, “A fucking antisemite and a racist.”

Speakers attacked Corbyn in front of two banners emblazoned with Hodge’s words. The crowd—some of them from Friends of Israel groups—waved British and Israeli flags.

Euan Phillips spoke from a group called Labour Against Antisemitism. His group has tweeted that anti-Zionism—opposition to Israel’s racist founding ideology—is a form of antisemitism.

Phillips said the idea that it’s antisemitic to call Israel racist was “core” to how he identified antisemitism. He added that criticism of Israel is “key” to what he called “left wing antisemitism”.

Israel’s latest racist law shows exactly why the right to criticise it has to be defended.

He also branded members of Jewish Voice for Labour, which defends the right to criticise Israel, as “antisemites”.

CAA director Stephen Silverman said that by allowing members to call Israel racist, “In the Labour Party the right to be antisemitic is now protected and even encouraged.”

Others implied that Corbyn’s long-standing support for Palestinians had caused antisemitism to grow inside Labour.

Tory lord Stuart Polack said, “When Jeremy Corbyn got elected as leader of the Labour Party some people in my party said that’s good news.

“I said that’s not good news because his views are going to be brought into the centre of the Labour Party.”

CAA chair Gideon Falter said, “The Labour Party is a racist party. An institutionally antisemitic party in the grip of racists.

“It has become something which I believe no decent person should have anything to do with.”

Others went further and claimed Corbyn encouraged violence against Jewish people – and even compared him to Nazis.

Silverman said, “When this translates into physical attacks on Jews in this country, the finger will be pointed at Jeremy Corbyn.”

Philips described Corbyn’s position as “the politics of the 1930s”—a reference to fascism.

And Mark Lewis—a defamation lawyer—made the defamatory accusation that Corbyn “is a racist and he leads a racist party. Anyone who supports it is supporting racism.”

He also said allowing Corbyn to define antisemitism was “like asking Nick Griffin to define racism so that the BNP is not racist”.

And he finished his speech with an imagined story that ended with the former mayor of London Ken Livingstone shouting “Sieg Heil” and performing a Nazi salute.

The rally showed the depths that supporters of Israel will go to smear critics of Israel.

Israel’s latest racist law shows exactly why the right to criticise it has to be defended. 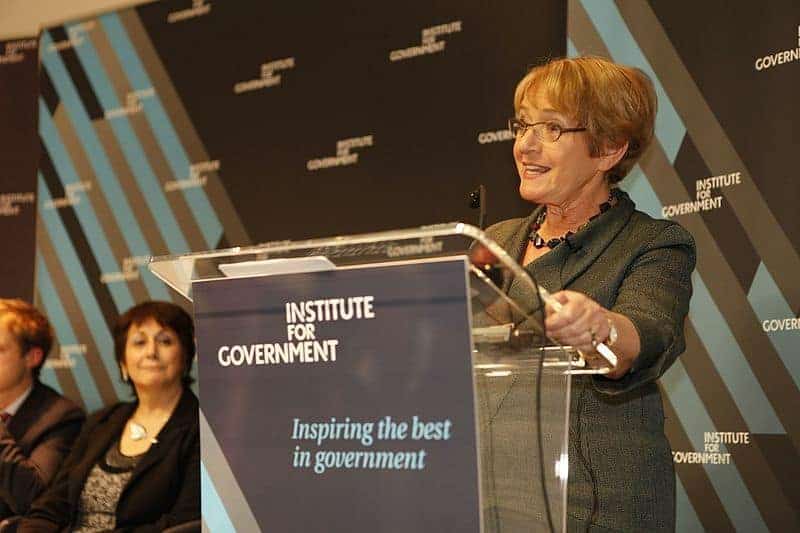 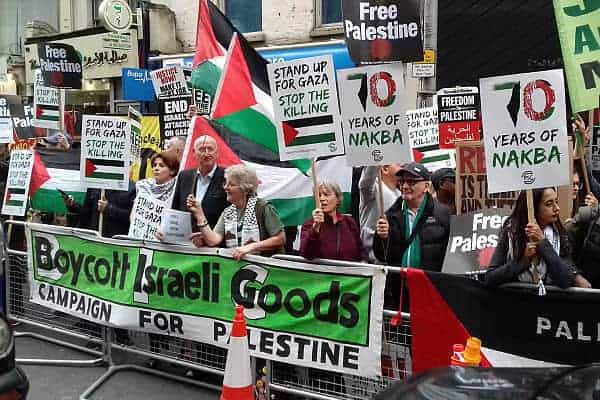