Probation officers across England and Wales struck on Tuesday of this week against plans to privatise the service.

The 24-hour walkout began at noon. It was only the fourth strike in over a century for Napo union members.

They backed strikes by over 80 percent in a ballot.

The government wants to outsource much of the probation service to private firms. These include the disgraced G4S and Serco.

The Serious Fraud Office is currently investigating Serco and G4S over allegations they charged the government for tagging dead offenders.

Workers say privatisation will put conditions at risk and threaten the quality of the service.

He said privatisation would lead to “a fragmented private sector whose main interest will be about making profit for shareholders”.

The Tories have offered some £450 million worth of contracts to private and voluntary sector organisations. 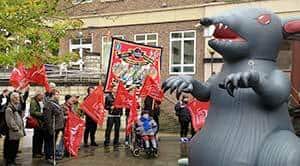 Burning anger against cuts on bonfire day of protests 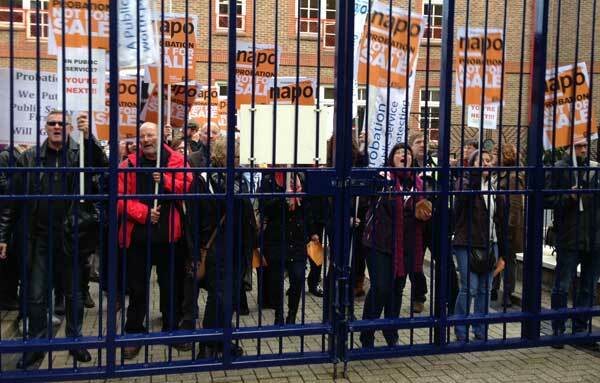 Probation officers come out against privatisation 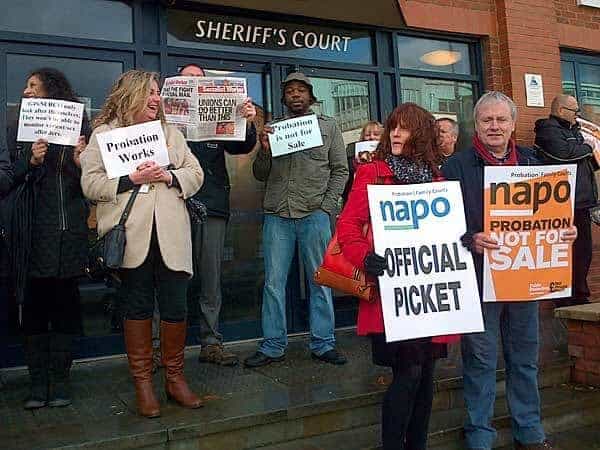