PRIVATISE, privatise, privatise. That is Tony Blair’s slogan for his second term, although he tries to describe the real meaning of his policies by using the phrase “reform of public services”. But he faces huge opposition.

There was unprecedented booing and hissing of the cabinet minister Stephen Byers at the UNISON union conference this week. “The government may say they want modernisation, but the truth is this: it is the very people in government who cannot let go of their Thatcherite obsession with privatisation who are the relics. They are the wreckers.”

These are the words of Dave Prentis, general secretary of Unison, in his speech to the conference. “I visited 40 constituencies and almost every Labour Party worker wanted to be reassured that their government was not privatising the health service,” said John Edmonds, leader of the GMB union, in the Financial Times last week.

“If the government presses the issue, it could turn into the biggest ideological row since Labour removed Clause Four on nationalisation.

Edmonds also wrote that “the trade unions are likely to take the lead in opposing extended privatisation.” New Labour’s plans are too much even for slumbering union leaders who chose to remain silent about the record of the government’s first four years.

Delegates to the recent MSF union conference fiercely rejected privatisation plans. In response New Labour has announced concessions designed to head off a union revolt against privatisation, timed just as the annual conference of UNISON was about to begin.

The government announced last week that ancillary staff in NHS hospitals that are to be run by private companies will remain employed by the health service. Porters, cleaners, cooks and laundry workers will remain NHS staff, on NHS pay and conditions and with NHS pensions. Early reports suggested this policy will also apply to new recruits.

Pilot schemes in two hospitals will now test out these plans. The “results” of these pilot schemes are expected by the end of the autumn and, if “successful”, the policy will be extended to all new Private Finance Initiative (PFI) projects. If this goes ahead it is a big concession. It will have been won by people fighting back.

Workers in Dudley, and UCLH before them, took strike action to remain part of the NHS when their hospitals went over to a PFI deal. Dudley workers took over 150 days strike action to stay part of the NHS. New Labour has backtracked because it fears that, as it intensifies its PFI plans, local disputes and strikes over this issue will break out across Britain like a rash. Health workers need to monitor the government’s pilot schemes and ensure there is no backtracking. It also remains to be seen how private companies respond to the news.

But health workers also need to carry on fighting against the principle of PFI for hospitals and services. They have got the government on the defensive. As Mark New, the UNISON branch secretary at the Dudley Group of Hospitals, told Socialist Worker: “We feel that our action, and UCLH before us, is what won this from the government-even though it is unlikely to apply to us because we are already being transferred to a private company. But this concession must not stop health workers from fighting on. PFI and privatisation have got to stop because they mean cuts in the service that is provided and they introduce the principle of profit into healthcare. We still want a nationally coordinated fightback.”

AROUND 150 medical secretaries and admin workers demonstrated for better pay outside the Scottish Parliament on Wednesday of last week. They have now been offered a new pay deal which they are to be balloted on

THE NEED to fight against privatisation deals in our hospitals is shown by the latest Private Finance Initiative disaster in South Wales. Like all the other PFI deals, it is absolutely crazy.

The existing Neath and Port Talbot hospitals are to be demolished. The land is to be sold off for a housing development. A new hospital is to be built by a Reading-based consortium called Baglan Moor Healthcare. It is due to open in 18 months time.

Press releases issued by the local NHS trust claim the new hospital will cost 54 million. But in reality the trust is contracted to pay Baglan Moor Healthcare nearly 270 million over the course of a 27.5 year contract. And guess what?

Ifor Thomas, the project manager for the consortium, revealed that, “Baglan Healthcare isn’t in it for the fun of it and of course we want to make a healthy profit.” Swansea-based UNISON official Glyn Jones says, “The finances of the trust will be distorted for many years to come because the first priority every month will be the bill sent by the private consortium.

“That means there will be no money available for other desperately needed health services in the area. Go up the Neath Valley to places like Glyncorrwg and you will find real deprivation. The long term financial commitment to the private consortium will make it very difficult to find the money required.”

‘The NHS is under threat’

CAMDEN COUNCIL in north London is to be one of the test areas for New Labour’s plans for giant supermarket-style health centres. The centres will have doctors, dentists and chemists. They will also have some social services and even beds for minor illnesses.

The centres will be financed and run by companies and banks alongside the local health authority. They will be expected to operate like businesses. Doctors will be encouraged to join up by signing over their surgeries. It will be the first time that the NHS and doctors will share in the profits or losses of such schemes. The government plans 500 centres by 2004, and there will be six pilot areas.

Candy Udwin, branch secretary of UCLH UNISON and deputy convenor of London region UNISON, says, “We have to fight to stop these outrageous schemes. No one voted for more privatisation. And no one voted for NHS privatisation. Profit should have no place in our health service. “We need to get the six pilot areas together to spearhead a national campaign. The NHS as we know it is under threat.”

“FOR MANY of us in the NHS the most remarkable thing is that, even after the privatisation of cleaning and portering services has been a disaster, any government could persist in thinking privatisation works! Union activists in my own union, the MSF, are clearly opposed to PFI, PPP and “Best Value”. We have to keep a close eye on our national leadership who continue to support partnership with the private sector.”

“WE HAVE already seen one third of ground maintenance work transfer to a private company with disastrous consequences. The council is seeking a “partner” from the private sector to take over one third of building work and commercial waste is being put out to tender. One worker who was transferred over to the private sector left in disgust. He told me they were constantly under surveillance, that their breaks were monitored, that it was a rigid and authoritarian regime to maximise profit at the expense of the workforce. People are horrified at the thought of privatisation but everyone knows a campaign of opposition by the unions would get massive support.”

“WE ARE worried. We know privatisation will only mean more difficulties for us. Our facilities will be cut. Our conditions will be worse. Our money will be less. Nothing is clear. Everything is insecure and uncertain except one thing-the unions have got to fight.” 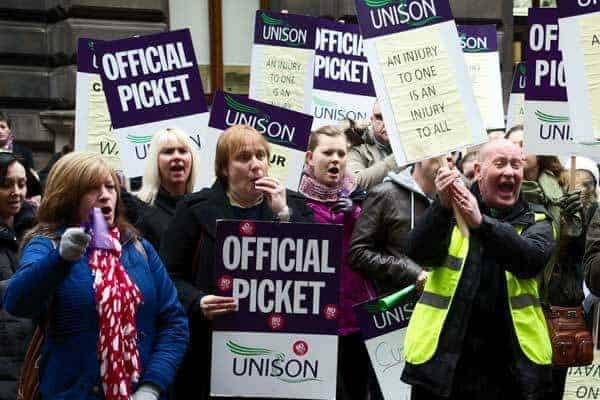 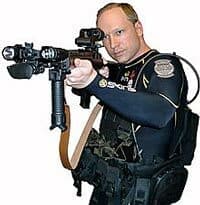