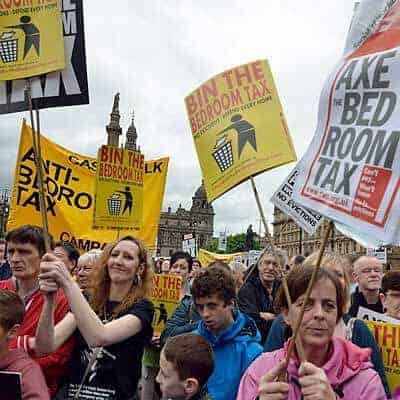 Campaigners across Britain have protested against the tax (Pic: Duncan Brown)

Campaigners are set to rally against the bedroom tax in tomorrow, Saturday, in memory of Stephanie Bottrill from nearby , who committed suicide last month after her benefits were cut.

“We’re all really upset and angry around here,” Stephanie’s neighbour Maureen Claxton told Socialist Worker. “We cared about Stephanie. It’s an area where everyone knows each other—the butcher was just telling me how much he missed her popping in. You can’t take her away from that environment, especially when she’s got her illness. She should have been allowed to stay.”

Stephanie threw herself under a lorry, after an £80 a month bedroom tax on her grown-up children’s rooms had pushed her deeper than ever into poverty. She also suffered from an auto-immune disease.

Stephanie had told neighbours she couldn’t cope, and in a suicide note she blamed the government.

Tory bedroom tax minister Lord Freud said Stephanie’s death was “desperately sad”—but defended the policy that drove her too it.

“It’s all so wrong,” said Maureen. “They are spending the money on the wrong things. This area is full of empty boarded up flats, where no-one gets to live except the birds and the rats. Why can’t they do those up so people can have a nice place to stay, near the shops and with a spare room—instead of kicking people like Stephanie out of their homes?”

Maureen has collected signatures from across the estate for a letter to David Cameron, and given out leaflets for tomorrow’s demonstration—where she hopes to see as big a turnout as possible.

“If we don’t speak up then nothing’s going to happen,” she said. “My great aunt was a suffragette, and if it wasn’t for the marches she went on we wouldn’t have the vote. People have to go and make their voices heard today.” 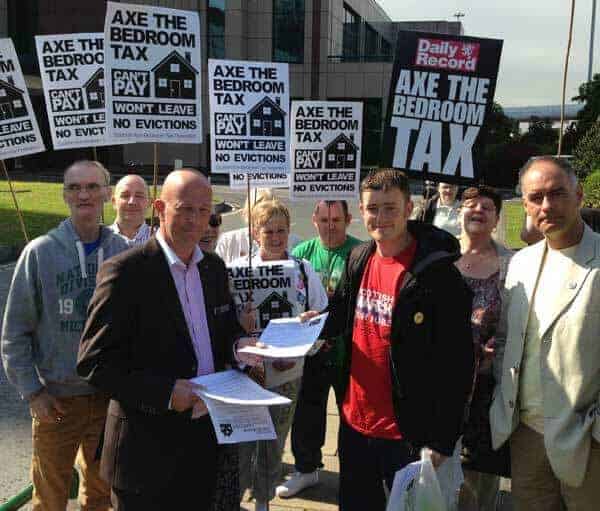