Protest at IMF in Prague

Protest at IMF in Prague

THE PROSPECT of protest outside the World Bank and International Monetary Fund (IMF) meeting in Prague on 26 September is already causing sleepless nights for rulers across Europe.

The failure of the leaders of the G8 rich countries to cancel any Third World debt in Okinawa last week underlines why it is right to protest against the bosses’ and bankers’ system. The politicians and the financiers know the fury against them is growing. In Britain Clare Short, the international development secretary, wrote last week, “Massive demonstrations broke out in Seattle and Washington, and are expected later in the year in Prague.”

In Prague itself there is a mix of ruling class terror and preparations for repression. The Czech Republic’s interior ministry has ordered theatres to close during the conference to prevent protesters using them as platforms to denounce the IMF, the World Bank and capitalism in general.

Such theatre protests were important for building resistance under the old Stalinist system in Czechoslovakia before 1989. The Czech education ministry has ordered the evacuation of all schoolchildren from Prague during the conference. This is, according to government officials, to prevent them from becoming “witness to mass protests of opponents of globalisation”. Officers from Interpol and the secret services from several countries have been drafted in to “advise” on controlling demonstrations. The US FBI has opened an office in Prague.

But, as Seattle and Washington showed, repression cannot stop demonstrators making their point. The Observer wrote last weekend, “Authorities fear a humiliating repetition of the events outside the World Trade Organisation in Seattle last November.” The task is to turn their nightmare into a reality. Coaches to Prague are being booked from major cities in Britain, and protesters are also coming from France, Spain, Denmark, Germany, Finland, Austria, Italy and elsewhere.

In Greece the Prague protest has already won the backing of significant trade union bodies, including the Athens, Salonika and Piraeus labour centres. Meanwhile preparations are continuing for a major anti-capitalist event in Brighton on 24 September. This will be in solidarity with Prague and will coincide with the opening of New Labour’s annual conference.

It will be a serious attempt to put forward an alternative vision to New Labour and the world dominated by businessmen which it supports. A glimpse of the potential to win support for the Prague and Brighton protests inside the British trade union movement came last week.

The branch committee of the civil servants’ PCS union at the Department of Social Security in east London voted unanimously to back the Prague protest. It also decided to collect money from branch members to sponsor a delegate. Support for the Prague demo and the Brighton anti-capitalist event can be raised in every union branch, campaign organisation or community group.

THE OKINAWA summit cost 500 million. On a day when, as every day, 30,000 children died from malnutrition and its effects, the G8 leaders dined on caviar, lobster, duck, crab and Chablis Grand Cru-a wine that sells for 600 a bottle.

Jubilee 2000 said, “This is like Marie Antoinette dining at her table before the French Revolution, and when the poor of Paris banged on her door she said, ‘let them eat cake’.”

Over 4 million was spent on building a replica of President Clinton’s home in Arkansas to accommodate him. The 500 million spent on Okinawa could have been used:

INSTEAD OF offering hope to poor people across the world, the leaders of the world’s richest countries met in Okinawa last weekend and issued a death sentence to millions more.

Ann Pettifor, director of Jubilee 2000 in Britain, said, “Those who want to turn their backs on the poorest have won the day.” World leaders’ total failure to cancel debt has condemned people to an early grave. The G8 have announced no more than they promised in Cologne last year. At Cologne the G8 said they would cancel 66 billion of debt by the end of this year.

Yet so far only a tiny amount has actually been cancelled and only 6 billion of relief from debt interest has been agreed. Some 40 countries are supposed to have benefited from the Cologne deal. In fact just nine have qualified. Even they have got very little. Tanzania has seen its debt interest cut by 7 percent a year. It still must find 2 million a week for the bankers, far more than it spends on health.

Since the Cologne summit seven million children have died in Africa as a result of the debt their countries owe. Now all the Cologne pledges have been repeated at Okinawa, and they are likely to be as empty as before. Poor countries will still pay over 40 million every day to banks, international institutions and Western governments.

Countries are excluded from debt relief if they are deemed not to have made enough progress with privatisation, removal of subsidies for basic goods, and market “liberalisation”

As one high level World Bank official said, this amounts to “a compulsory programme so that those with the money can tell those without the money what they need in order to get the money”.

US President Clinton announced at the summit some new money to give school meals to children in the poor countries. But it is IMF policies which keep children away from school by imposing charges for education. Countries are also excluded from debt relief if they are at war. Yet these wars are fuelled by the robbery carried out by multinationals, the actions of the arms traders and the desperation caused by poverty.

Sierra Leone in West Africa is still refused debt relief because of conflict there. As a trade unionist from the country says, “We get troops sent from the West to impose decisions on us and ensure the diamonds flow, but we cannot have debt cancelled because there is too much violence.”

New Labour’s Clare Short says, “It’s no good giving money to countries that will spend it on weapons.” This is a disgrace coming from a government which has just increased its own military budget, which backs the British arms industry-the third biggest in the world-and which exported 6,000 million of armaments last year.

Instead of cancelling debt, the G8 leaders told the poor and the hungry that their future lay in the internet. Laptops do not save people from TB, AIDS or malaria. They do not fill children’s stomachs.

The G8/IMF/World Bank vision of the world is of children dying in agony for want of basic food and medicines while Gucci-suited bankers preen themselves in multinational headquarters. Prague is the next opportunity to demonstrate against this obscenity. 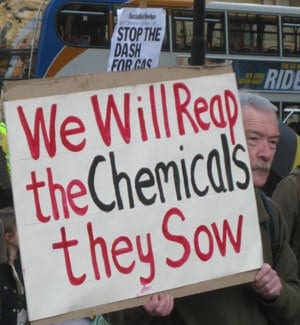