It was an important victory over the Nazis.

First they tried to hold a private meeting in the council headquarters.

But then activists and trade unionists bombarded the council with complaints. The council pulled the room booking. The BNP then tried to hold an election rally for their candidate in a local by-election.

The Nazis planned to have their public meeting in the local garbage depot—but that meeting was binned when protesters gathered outside.

Unite Against Fascism members joined the protests, along with Unison members, local councillors and the mayor Ian Stewart. 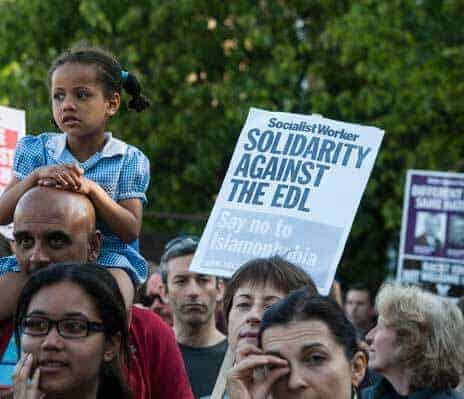 Activists call for unity in the struggle against racist EDL