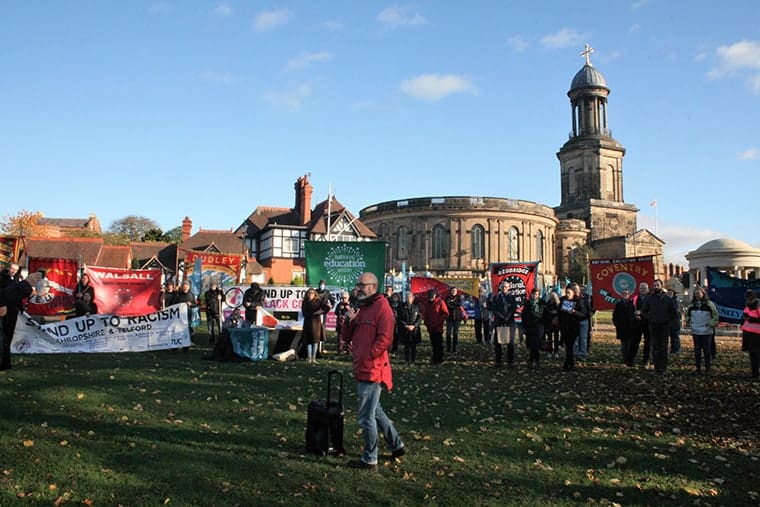 Some 100 people rallied in support of victimised NEU rep, John Boken in Shrewsbury on Saturday.

John was sacked in September after taking a stand against racism in the workplace.

Union members saw the attacks on John as part of a wider attack on organising throughout the Covid pandemic.

John told Socialist Worker, “It was an amazing rally—seeing different organisations and unions coming together, standing shoulder to shoulder with me.”

North Staffordshire Against Racism and Fascism and Stand Up To Racism supported the rally, as did NEU branches from around England.

John is immensely grateful for the support and organisation of the regional NEU and his wife.

He added, “I hope that management will do the right thing and reinstate myself so we can move forward.”

Workers walked out for three days last week and were set to strike again on Wednesday and Thursday of this week.

NEU union members oppose the school governing body’s proposal to leave the Teachers’ Pension Scheme. School governors launched a consultation in September, but refused to negotiate with the union.

In a letter to parents the NEU said, “The governors propose to make a significant cut to teachers’ pensions. This comes on top of the gradual erosion of members’ standard of living, brought about by years of pay freezes and below‑inflation pay rises.”

Teachers and support staff at St Matthew’s primary school in Preston are set to strike in December over plans to acadamise the school.

Workers plan walkouts on 9, 14, 15, and 16 December, and two more next year. The NEU union says the academisation threatens workers’ terms and conditions. 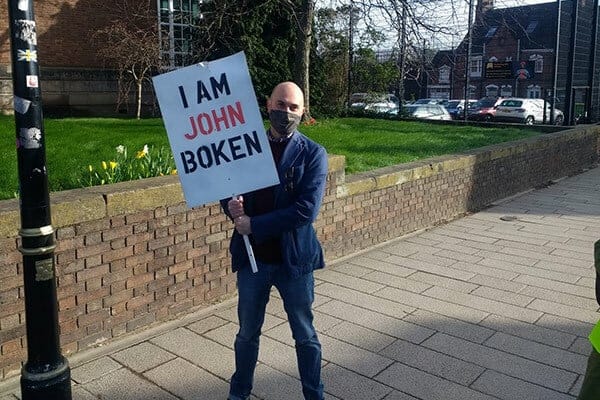