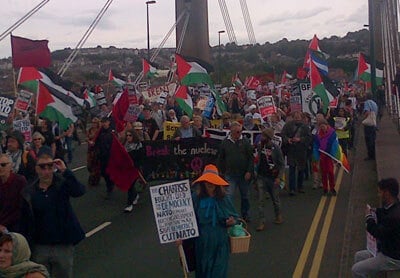 No to Nato march in Newport (Pic: Socialist Worker)

David Cameron has hinted at the possibility of Britain joining the US in air strikes in Iraq. This week he said, “We support American air strikes.  I do not think we should rule anything out.”

He also said he would act without prior consulting parliament if necessary. The announcement comes before the Nato military alliance’s summit this week in Newport, South Wales.

The event will see 67 world leaders descend on the city. Up to 3,000 people demonstrated marched through Newport against Nato last Saturday.

The US is weakened after its wars in Iraq and Afghanistan, but it is still the biggest threat to peace in the world. Nato is a crucial tool to protect its imperialist interests.

Barack Obama is now the fourth US president in a row to bomb Iraq. The country is sliding further into sectarian conflict caused by the US and Britain’s occupation.

The US, Britain and other hawkish Nato members are pushing for a bigger military build up in eastern Europe. Nato has already stepped up troop deployment, and held its biggest ever Baltic war games in Estonia in May.

The hawks hope to use the summit to unite Nato around a plan for eastern expansion. They want permanent bases in eastern Europe, and to establish an eastern headquarters on Poland’s Baltic coast.

But Angela Merkel, the German chancellor, is against “permanent” bases. She hopes to de-escalate tensions with Germany’s major business partner, Russia.

Protesters came from across Britain, and there were also delegations from parts of Europe and North America.

Many protesters were also on the lively Gaza bloc. Shada from Bristol said, “I was on two of the big national Palestine demonstrations.

“There was an amazing atmosphere. Today I’m marching against the warmongers that support Israel.”

June Ralf, representing Newport TUC, said, “There is ever growing inequality. “The world leaders who are here are  always spending more money on arms, instead of health and education.

“That’s why we’re supporting this demonstration.”

The march snaked through Newport to a rally at John Frost Square, the scene of the Chartist uprising of 1839. Stop the War Coalition convenor Lindsey German said, “We’re not just standing up against war and Islamophobia.

We’re also standing in solidarity with the people of Iraq, Palestine and Ukraine.”

“Look at the security operation—that’s what their ‘democracy’ looks like,” she said.

“But thousands of us have marched through Newport just like the Chartists who fought for democratic rights.

“We stand against the Nato world leaders and what they’re doing in Iraq and Ukraine.”

There were also speakers from Plaid Cymru and the US, Irish and German peace movements.

The imperialist reality of Nato

“To keep the Russians out, the Americans in, and the Germans down”

It now has 28 members

Since the 1991 collapse of the Russian dominated Warsaw Pact alliance, Nato has been trying to expand into its former territory. It added 12 members

As part of its expansion it bombed former Yugoslavia

Nato carried out sustained bombing of Serbia in 1999, killing up to 5,000 people 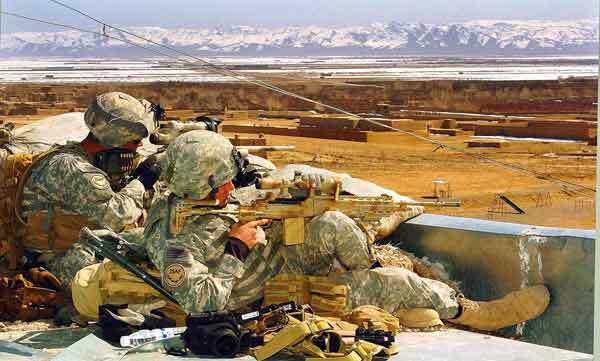 Why we're marching against the Nato gang of warmongers 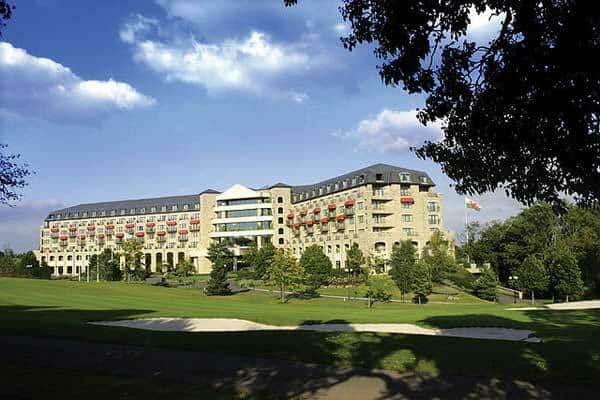