The NUT union’s national executive committee met last week. The union is in dispute over the impact of Tory education policies and funding cuts, and held an England-wide strike on 5 July.

This is partly based on pessimism about the strength of the union.

But the July strike was successful. It saw big marches and won support from other groups of workers.

30 percent of schools. Many schools that remained “open” saw no teaching on the strike day.

The NUT conference this year agreed a programme of strikes. Kevin Courtney told a sixth form college fringe meeting there, “It won’t just be one day. We will be specifying more days of action.”

It is wrong to delay naming further strike days and risk demoralising teachers.

Teachers in some areas are putting motions to local association meetings calling on the union leadership to name further dates as well as to campaign against Sats tests and grammar schools.

The union is committed to campaigning over school funding. But strikes should be at the heart of this campaign.

The Tories remain on the offensive over education, particularly with the plans for new grammar schools. But they can be beaten.

A strong campaign by teachers can galvanise wider support and push them back. 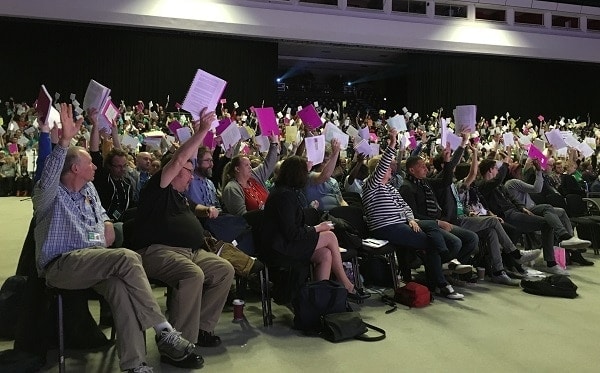 Teachers vote for strikes against forced academies and cuts