Put this criminal on trial!

Put this criminal on trial!

THE LEFT wing writer Christopher Hitchens’ new book is The Trial of Henry Kissinger. It is a brilliantly written expos of the war crimes committed by Henry Kissinger during his time at the heart of the US government between 1968 and 1976. Kissinger was the US Secretary of State under both Richard Nixon and Gerald Ford.

During this time he continued and expanded the US’s dirty war in Vietnam, helped organise a right wing coup against a democratically elected government in Chile, and gave Indonesian dictator General Suharto the green light to invade and take over East Timor. Despite these atrocities, and many others, Kissinger has never been tried for war crimes Kissinger’s crimes are far-reaching.

During the Vietnam War it was Kissinger’s idea to send US troops to invade Cambodia and Laos because they were said to be harbouring Vietnamese troops. Throughout the course of that war over two million Vietnamese, Cambodians and Laotians were murdered by US troops.

The Trial of Henry Kissinger is particularly good on Chile. Kissinger’s contempt for democracy is made clear by his attempts to bring down the left wing president of Chile, Salvador Allende, who was elected in 1970. “Chile shouldn’t be allowed to go Marxist just because its people are irresponsible,” Kissinger said.

US corporations had a huge amount of business interests in Chile. Their profits were not to be threatened by the election of a left wing government. Nixon and Kissinger sprang into action.

“Not concerned risks involved. No involvement of embassy. $10,000,000 available, more if necessary. Full time job-best men we have… Make the economy scream,” said the CIA’s notes of the first meeting between Nixon and Kissinger. A secret “strategy of destabilisation, kidnap and assassination, designed to provoke a military coup” was set up.

But the head of the Chilean army, General Rene Schneider, was firmly opposed to any form of military intervention. This meant that Schneider had to go. So Kissinger hatched a plan to have Schneider kidnapped by right wing army officers, and for them to make it look like Allende supporters had committed the crime.

The extremist general Roberto Viaux agreed to follow US orders. He and his supporters received large amounts of money, machine guns and teargas grenades from the US to carry out the kidnapping.

Kissinger’s “destabilising” group sent a cable to the CIA in Chile, which was organising with Viaux, on 16 October 1970. “It is a firm and continuing policy that Allende be overthrown by a coup,” it said. “It is imperative that these actions be implemented clandestinely and securely so the USG [United States Government] and American hand be well hidden.”

On 22 October, after a number of failed attempts, Viaux’s gang murdered Schneider. The Senate Intelligence Committee investigated the incident. They found that there was “no evidence of a plan to kill Schneider or that United States officials specifically anticipated that Schneider would be shot during the abduction”.

So even though US officials, going right to the heart of the government, plotted to kidnap a top Chilean general to bring about a crisis in another country, the perpetrators got off scot free. This allowed Kissinger and Nixon to continue to seek the downfall of Allende and back the right wing, undemocratic opposition to him. They finally found the right man for the job in 1973 when General Pinochet launched a military coup, killing Allende and thousands of others.

The US government then continued to aid the Chilean secret police in tracking down and “silencing” critics of Pinochet throughout the world. Hitchens’ book reveals the hypocrisy of the people at the top. On one hand they say they will not tolerate war criminals and dictators. On the other they allow criminals like Henry Kissinger to prosper.

Today Kissinger’s advice can be bought at $25,000 a time. He is widely regarded by the US political and academic establishment. As Hitchens says, “The pudgy man standing in black tie at the Vogue party is not, surely, the man who ordered the assassination of inconvenient politicians, the kidnapping and disappearance of soldiers and clerics who got in his way? “Oh, but he is. It’s exactly the same man.” 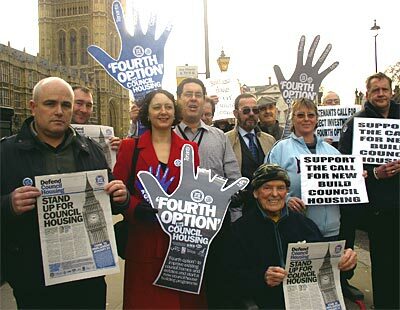