Racism is the enemy within

This article is over 16 years, 5 months old
Paddy Hill: ‘We must defend the Muslim community’ Paddy Hill, one of six Irish men who were framed by the state for the 1974 Birmingham pub bombings, spoke to Socialist Worker.
Downloading PDF. Please wait...
Saturday 06 August 2005

Paddy Hill: ‘We must defend the Muslim community’

Paddy Hill, one of six Irish men who were framed by the state for the 1974 Birmingham pub bombings, spoke to Socialist Worker.

The way the Muslim community is being stigmatised does not surprise me. I forecast this two years ago when nine Algerians in Edinburgh were arrested in anti-terror raids. They were held for over a year and then released without charge.

I said after the events of 9/11 that what is happening to Muslims is all too reminiscent of what happened to the Irish in the 1970s.

We must not allow the state to stigmatise Muslims the way it did the Irish community. If you had an Irish accent the state thought that you had a bomb in one hand and a gun in the other. We cannot allow that kind of ­stereotype to appear again.

The intelligence services have been heavily involved in tracking down the suspected bombers. But when the Birmingham Six were arrested, I was never questioned about the pub bombings. They just told us that we were plastered from head to toe in explosive — we weren’t.

I hope they catch the people who were behind the recent London bombs. But I also hope that in 25-30 years time the then home secretary is not having to make an apology to Muslim families for arresting the wrong people.

The new shoot to kill policy is being embraced by the police and other high ranking people. They say they expect more innocent people to be shot.

If I was a Muslim in London, Birmingham, or Leeds, I would be very nervous. We have to brace ourselves for what will happen next.

All of the Muslim community, and those like me who stand beside them, must come together. The Irish took what was thrown at them and many people stood back and let the Irish community be isolated.

We are not going to let that happen to the Muslim community, to an ethnic minority, whatever happens next.

We cannot allow people to be stigmatised and traumatised by the forces of law and order.

Tony Blair should have the decency and courage to say this is all about Iraq, Afghanistan and Palestine. It’s about the US exploitation of the Third World and Arab countries. And it’s about oil.

Climate of fear behind Liverpool murder

Madeline Heneghan is a black anti-racist campaigner who lives in Liverpool and stood for Respect in last year’s European elections. She helped organise a vigil in the wake of the racist murder of teenager Anthony Walker.

I met with Anthony’s family. They are absolutely devastated. Just like Stephen Lawrence 12 years ago, Anthony was a young man doing absolutely nothing wrong who was picked on because of the colour of his skin.

The father told us a little about Anthony — how he was a best friend as well as a son, how kind and generous he was.

We offered to give the family any support we could.

People in Merseyside are shocked by the murder. But there is a climate today that gives confidence to racists.

The way the bombings in London have been discussed and the way that people are now being racially profiled by police give confidence to racists across the board.

It doesn’t matter if they are targeting Muslims or African Caribbeans, the rhetoric from the politicians and the media gives the racists confidence to act.

There has been an increase in reported racist incidents in Liverpool. I’ve been told that on the Saturday following Anthony’s murder the homes of several Asian families were being bombarded with stones.

But Merseyside also has a great tradition of fighting off the far right and people are really proud of that. They have not managed to get anywhere in elections in this area.

Some sections of the media want to paint Liverpool as a very racially segregated city. But it isn’t really like that.

What’s called a black area is actually very multicultural. The climate may have changed, but there aren’t any no-go areas for black people.

I think it is significant that the police have said that this was a racist attack.

I was born in Merseyside, but I lived in London when Stephen Lawrence was murdered. I campaigned with the Anti Nazi League and organised benefits. The police are treading so carefully because of that campaign.

But the family want to know that the perpetrators of Anthony’s murder have been caught — that’s the real test. 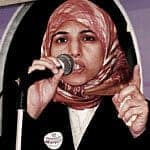 Rover — betrayed by Blair and the union leaders 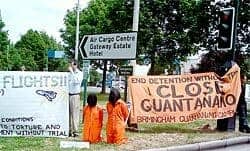 United Left gets back together