The fascist English Defence League (EDL) has cancelled a march planned for Cambridge on Saturday 23 February, saying it will now hold a static protest.

The retreat comes in the face of united opposition organised by Unite Against Fascism (UAF).

Richard Rose from Cambridge UAF told Socialist Worker, “The EDL is looking weak. But we still want to send a strong signal that they are not welcome in the town. That can help diminish them across the country.”

Activists have been out leafleting with stalls in the town centre every week and the Labour Party is set to leaflet door to door.

When the EDL last tried to march in Cambridge in 2011 it was humiliated and outnumbered ten to one.

Some 2,000 people marched then in a fantastic display of unity from across Cambridge and the Fens to show their fascist hatred was not welcome.

Unite Against Fascism will hold its 2013 national conference in central London next month. It will be jointly hosted by UAF, One Society Many Cultures, and the PCS and NUT unions.

Campaigners will discuss how to challenge Islamophobia and racism, and to defend multiculturalism.

They will also look at a strategy for getting rid of the Nazi MEPs Nick Griffin and Andrew Brons.

Unite Against Fascism conference, Saturday 2 March, 10am to 4.30pm, 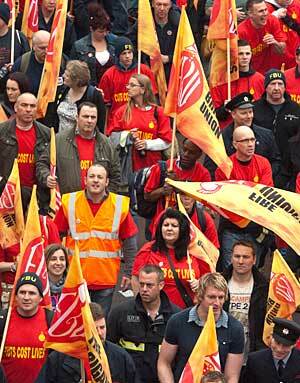