Up to 700 anti-racists marched against the fascists in Sheffield last Saturday.

There were only about 100 EDL supporters—and when they tried to march, we held firm.

We have built a strong Unite Against Fascism (UAF) group in the city.

Students joined the protest and there were lots of union banners.

The police tried three times to charge into the peaceful demonstration with horses.

When it became clear that they would not get through, the EDL threw their flowers into a fountain and went to the pub.

That shows how much they supposedly care for Lee Rigby.

UAF will protest against the EDL in Sheffield on Saturday of this week. See uaf.org.uk for details
Topics Anti-fascism, Anti-racism, EDL, uaf 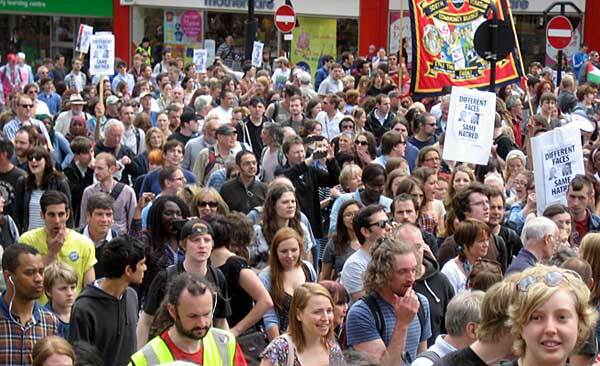