Rage Against the System

Rage Against the System

HOW IMPORTANT was last year’s Seattle protest to you? SEATTLE was a wake up call.

DID THE spirit of Seattle find its way into the making of your new video?

DO YOU think the commercial success of bands like RATM is partially due to young people’s growing bitterness with society?

HOW DID you become active in politics?

HOW DO you think society is going to change?

“RATM sing about what life is really like. They’re opposed to New Labour’s Tory values. We support the band’s campaign to free Mumia Abu-Jamal.”

“THEY’RE THE best band in the world. The message RATM are trying to get across to young people is, be anti-racist and make a stand against oppression.”

“RATM TELL the truth-the system is rotten. Capitalism is destroying our planet, Tony Blair supplies arms to fascist dictators and the police are terrorising black people. We’ve got to find a better way to live.”

IN JUST over three weeks time a US judge will begin considering whether radical black journalist Mumia Abu-Jamal will be put to death or granted a retrial. Mumia, a former Black Panther, was framed for murder and has been on death row for 17 years. RATM are calling on everyone to get involved in the campaign to stop Mumia being executed. Tom says, “It has been the international outcry that has kept Mumia alive. Labour organisations [trade unions] and Amnesty International have raised their fists and said that Mumia is a political prisoner. Make no mistake, he is in jail because of his race and his political beliefs. RATM are trying to make people aware of his case. The campaign needs money because unfortunately in the US justice costs cash. There are no rich people on death row in the US. The authorities would love to murder Mumia. We’ve got to make sure Mumia is not executed.”

IN 1986 Satpal Ram, a young Asian man, defended himself in a racist attack. One of his attackers died and Satpal was convicted of murder. Asian Dub Foundation have campaigned tirelessly for his release. ADF member Pandit G explains why everyone should back the campaign: “It’s brilliant that RATM are raising the issue of Mumia. But it’s also important that cases of injustice committed by the British state and police are raised. Satpal has suffered beatings at the hands of prison guards and is constantly being moved from one prison to another. Satpal’s stand against injustice should be an inspiration for everyone.”

Health and social care bill to go to parliament 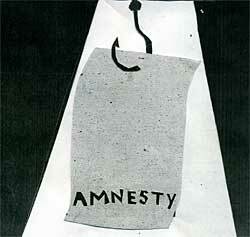 Join the fight to save the health service