Riots, resistance and revolutions—that has been 2011 so far.

This week thousands took to the streets of Britain in the biggest riots for decades, sparked by a police killing.

The politicians, police and media talk of “criminality”. But they are the same people who have been exposed as corrupt, greedy and in each other’s pockets.

The real criminals are those who have stolen people’s futures and driven them to such despair.

All the Tories offer is more of the same attacks that created the riots in the first place. But why should the poorest and most vulnerable in society have to pay the price for the rich’s economic crisis?

The latest meltdown in the global economic system shows that austerity does not solve anything. It just creates more misery.

This is what lies behind the eruption of rage this week. We need to turn that anger into the sort of organised resistance that can overturn the system once and for all. 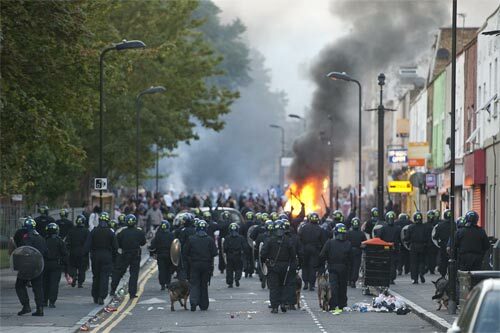