This article is over 15 years, 8 months old
The pensions dispute on the railways is moving towards a strike ballot of tens of thousands of rail workers.
By Dave Barnes, TSSA executive committee (personal capacity)
Downloading PDF. Please wait...
Saturday 06 May 2006

The pensions dispute on the railways is moving towards a strike ballot of tens of thousands of rail workers.

No railway employer has yet met the four demands of the rail unions. Government minister Alistair Darling has stuck his head in the sand hoping this crisis will go away.

The RMT, TSSA and Aslef union executives have now all agreed to proceed towards a ballot for industrial action if the employers don’t concede early in May

The government is going to have to wake up to its responsibility to resolve the railway pensions crisis.

The privatisation of the railways has left the railway pension scheme in the same chaotic mess that is mirrored in the industry itself.

With over 100 separate sections, our pensions funds have been frittered away on the spiralling costs of fund management and audits. For the same benefits, employee contributions range from 5-20 percent of their salary.

At rates as high as 20 percent the schemes will inevitably collapse. Rail workers have only one option – to recruit every non-member into our unions and make sure we all vote yes in the strike ballot.

Unless we succeed in forcing the employers to streamline our pension funds and cap the contribution to 10.56 percent then none of our existing funds are safe. It will only be a matter of time before each fund in turn collapses as workers will not be able to afford the cut in pay.

Unless we win the right of all new entrants to the same final salary pension rights our pension funds will continue to rely on fewer and fewer contributors and the employers will continue to get away with robbing new staff of a decent pension.

The lobby of parliament next Tuesday 9 May (assemble 1pm outside parliament), is crucial.

This is our opportunity to hold our MPs to account for their responsibility to resolve the railway pension privatisation mess. 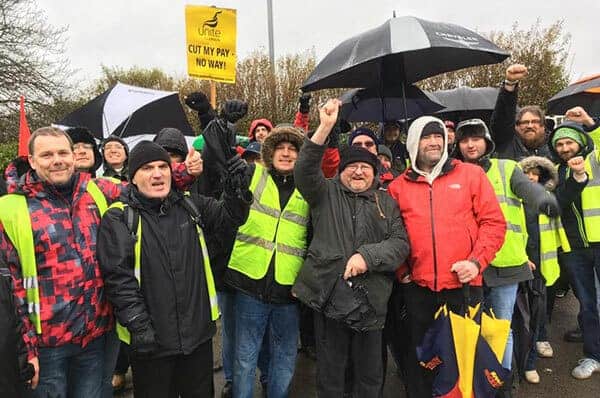