Rail tragedy: safety’s been contracted out

This article is over 17 years, 10 months old
CALLS ARE mounting for a full independent inquiry into the tragic deaths of four rail workers after details emerged of a near identical incident last year. Rail workers told Socialist Worker they have been warning for months about the continued use of subcontractors and unsafe working practices. These are the underlying issues that investigations into previous rail incidents have skirted round.
By Kevin Ovenden
Downloading PDF. Please wait...
Saturday 21 February 2004

CALLS ARE mounting for a full independent inquiry into the tragic deaths of four rail workers after details emerged of a near identical incident last year. Rail workers told Socialist Worker they have been warning for months about the continued use of subcontractors and unsafe working practices. These are the underlying issues that investigations into previous rail incidents have skirted round.

Four track workers-Chris Waters, 53; Colin Buckley, 49; Darren Burgess, 30; and Gary Tindall, 46-were killed at 6am last Sunday when a runaway trolley carrying sections of track mowed into them. They were employed by major rail contractor Carillion and were working on a stretch of the West Coast mainline in Cumbria.

A confidential report, leaked on Monday, reveals that a similar incident happened last January, just 20 miles away from where the men were killed on Sunday, when a similar trolley broke loose. A report circulated to a handful of Network Rail staff recommended nine changes. They included immediately fitting automatic hydraulic brakes to all such trolleys and implementing an early warning system for track workers. Network Rail, which contracts work out to firms like Carillion, says all the report’s recommendations were followed.

But Mick Cash of the RMT union, which represented the four men, says it has reasons to believe the ‘report was not acted on properly’. The similarities between last January’s incident and last week’s appalling tragedy are striking.

Carillion was the contractor in both. In last January’s incident it subcontracted work to WA Developments, which was criticised in the later report. Several sources have told Socialist Worker that in addition to Carillion there were four subcontractors at the site last Sunday-MDA Rail, Macrail, McGinley and Jarvis.

The RMT says the trolley was being loaded on the main line, rather than a siding. Workers who use the same trolleys as the one on Sunday say the picture of it shows it was ‘overloaded in a way we’d recognise as dangerous’. It crushed wooden restraining blocks that were meant to hold it in place. Workers in the depot were apparently unaware there was a team employed by a different company on the line three miles downhill.

Lord Cullen criticised the use of subcontractors in his inquiry into the Ladbroke Grove rail disaster. Carillion’s bid for rail maintenance contracts included a promise that it would directly employ the designated controller of safety on each site it worked on. Instead what happened in Cumbria on Sunday was the fragmentation and chaos of privatisation.

Why were workers’ warnings ignored?

‘SUBCONTRACTING IS the big issue,’ says one rail infrastructure worker. ‘Before privatisation there were 31,000 workers permanently employed on the tracks. By 2001 that had fallen to about 17,000. The gap has been made up through hundreds of subcontractors and agencies supplying gangs of workers. But that means many workers not being familiar with the stretch of track they are working on or having working relationships with other teams in the same area. It’s the structure of fragmentation and subcontracting, so beloved of the government, that frustrates implementing rigorous safety standards. Everyone I know has many examples of how that works.’

It appears the only way the depot had of warning the track workers was by mobile phone, which has limited coverage in the Lake District. Christine Waters, whose husband Chris was killed in the tragedy, says he repeatedly warned about new helmets. She says, ‘He said when they were digging it would fall off. He also mentioned that they couldn’t hear. They were so close to the motorway and with the gear they were working with and those stupid helmets, they wouldn’t have been able to hear it. I have also heard that others tried to phone them to warn them but they wouldn’t have been able to hear the mobile.’

Network Rail says it is bringing maintenance work in-house and reducing subcontracting. But it is using this as an excuse to slash jobs. Safety inspectors have slammed it for sacking 594 managers, many of them in ‘safety critical’ posts.

13.6 out of 100,000 is the rate of fatal injuries for rail workers. That is 20 times the figure for worker deaths across industry as a whole.

TRANSPORT SECRETARY Alistair Darling told a conference of rail bosses last week that he is concerned about ‘over-regulation’ pushing up costs. And government ministers downplayed Sunday’s tragedy by calling for ‘a proportionate response’ rather than a thoroughgoing safety drive. That is music to the ears of the rail companies, which have been lobbying hard to reduce safety standards and make the independent rail inspectorate even closer to the bosses.

The government shows all the signs of moving in that direction. It is holding a review of the rail industry, but has ruled out renationalisation. It is also reviewing the Health and Safety Executive and the commission that oversees it.

The commission chairman, Bill Callaghan, wrote to Darling on 19 January expressing concern ‘at any change that removed the teeth of the regulator or provided special protection for railway companies and contractors’. He rejected the allegation that safety inspectors ‘encouraged a risk averse approach on the railways’-that is pushing up costs through excessive regulation. But the whole thrust of New Labour’s ‘blue skies thinking’ is to accelerate deregulation and privatisation.

Its leaked ‘efficiency review’ of public services, headed by Sir Peter Greshon, talks of slashing 80,000 civil service jobs plus others in local government and the NHS. In their place would come more agencies and contractors. All business would face 20 percent less regulation, that is even less controls on safety, conditions and the way workers are treated. It is bringing the nightmare of rail privatisation and the fiasco of outfits such as the Child Support Agency into every area of the public sector.

Bosses don’t have a clue

DAVID BOARDLEY, 71, lost his stepson, Colin Buckley, last Sunday. Mr Boardley worked on the railways himself for 40 years, retiring three years before privatisation. He blames the sell-off for declining safety standards: ‘The lads are still as hard working but the bloody bosses haven’t got a clue. Things are slack now from top to bottom with all these different companies.’

Track workers have long argued that before privatisation there were stricter safety procedures, which could have saved lives last Sunday. The men who were killed were working at night.

‘They had what is known as ‘possession’ of the track,’ says one engineering worker. ‘That means there should be nothing allowed to travel down it. But we used to have a belt and braces approach-not just detonators on the line to give an audible warning, but also a lookout, and often derailers, which would stop anything getting near the worksite.’

Unlawfully killed on the railway

McGINLEY WAS heavily criticised at an inquest two years ago into the death of Michael Mungovan. The 22 year old student, who was desperate for money, was taken on by McGinley. He was not given proper training, but was sent by McGinley to work on a section of track near Vauxhall, south London.

Michael had only been working on the railway for three days when he ended up in the path of a train travelling at 50 miles per hour. Michael was killed instantly. The inquest jury returned a verdict of ‘unlawful killing’. His mother says, ‘As far as I am concerned my son was murdered.’

CRAIG JOHNSON, a local RMT official in Cumbria, says: ‘This is such an appalling loss of life. Everyone is understandably devastated and we’re all thinking of the lads’ families and friends. I’m also angry. This is what privatisation does. Our union is calling for an immediate halt to all track work in similar sites until we know the truth. We’ve got the media hanging around like vultures-I certainly don’t mean Socialist Worker. But when the media’s moved on, it’ll be left to the union, activists and our supporters to help the families and fight to ensure we stop this trail of destruction.’ 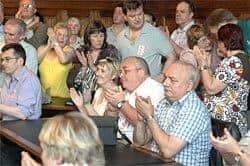 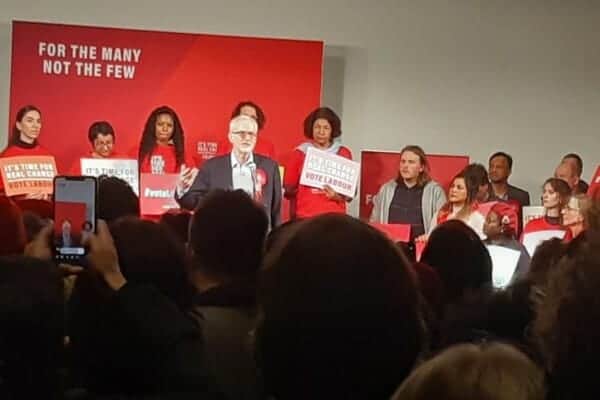