This article is over 18 years, 0 months old
THE THREAT of strike action has forced the general secretary of the train drivers' Aslef union to withdraw a shocking union-busting letter he issued to his own staff.
Downloading PDF. Please wait...
Saturday 17 January 2004

THE THREAT of strike action has forced the general secretary of the train drivers’ Aslef union to withdraw a shocking union-busting letter he issued to his own staff.

Members of the GMB union employed at Aslef’s office voted by 20 to five on Monday of this week for strikes.

“Brady is firmly on the right wing of the union and got the support of an unholy alliance,” says one Aslef activist. “He’s followed that up by treating employees at the union’s headquarters as an enemy since he took over in October. We are circulating the letter he sent to GMB union members employed at the Aslef headquarters around the country.

“People are shocked by its contents. We are demanding he is held to account by the national conference. We don’t want a union general secretary who behaves like this.”

Brady sent the letter to the union’s staff after they announced a vote for strike action over a series of disputes since he took over. The letter said he would break off all contact with GMB representatives and threatened workers with the sack if they stuck. The letter invokes the government’s anti-union laws that allow employers to sack workers taking legal strike action after two months.

It says, “After eight weeks and one day all who have participated in the dispute will be dismissed and during the dispute Aslef will advertise and employ alternative staff to cover work. They will not be GMB members and if the ballot goes ahead I will begin this process immediately. Simultaneously I will begin interviewing for replacement staff.”

“We were outraged to receive the letter,” says one Aslef staff member. “But it did not undermine our determination to be treated fairly. It’s incredible to see these kinds of threats coming from a trade union leader against other trade unionists.”

TUC general secretary Brendan Barber convened a meeting last week at which Brady agreed to withdraw the letter while the GMB promised there would be no strikes before a further meeting.

“We’ve got the letter withdrawn and the pressure is on for Brady to come to an agreement,” says the member of Aslef staff. But as the Aslef activist says, “The fact remains that this is a terrible episode. We are raising resolutions in branches and districts to make sure it does not go unchallenged.” 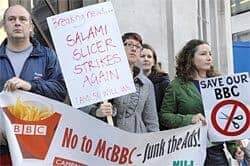 'We need a strike to stop BBC job cuts'

Is Stoke strike being ‘sold out’? 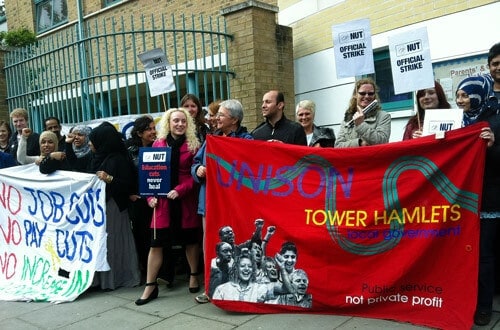 Fighting back for education