THE PROMISE by the main political parties last week not to play the race card during the election was treated with derision at a meeting in support of refugees on Monday of this week. “It’s a bit late for that now,” was the comment from FBU national officer Geoff Ellis, one of the platform speakers at the 200-strong meeting in London. All the speakers, who included MP Tony Benn, condemned the Tories’ attempts to scapegoat refugees. They also attacked New Labour for fuelling the witch-hunt. Louise Christian, who is standing as a Socialist Alliance candidate against Barbara Roche in London’s Hornsey and Wood Green, said, “I’m standing as a candidate because I believe there are enough people out there who don’t agree with the things said about refugees.”

Many people at the meeting were involved in local campaigns to support refugees. The room was decorated with union banners including UNISON, AEEU, NUT and several trades councils. 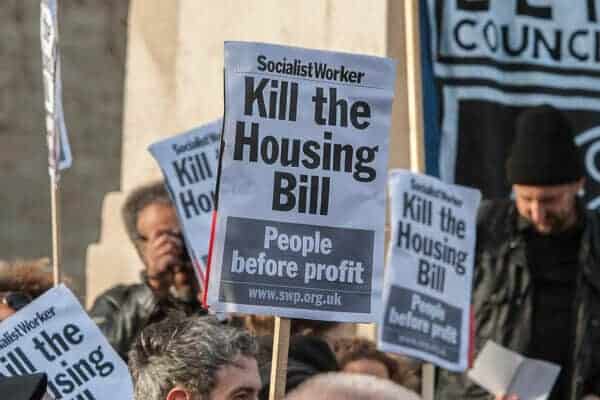