Ready to shake up Melbourne

Ready to shake up Melbourne

THOUSANDS OF protesters are gearing up for the “S11” demonstrations in Melbourne, Australia. On 11-13 September government ministers, bankers, the multinationals and the super-rich are due to gather in Melbourne to discuss how to spread globalisation.

Protesters have pledged to lay siege to the World Economic Forum (WEF) being held in the aptly named Crown Casino complex. As the S11 organisers say, “Like the World Trade Organisation and the IMF/World Bank, the World Economic Forum is a means of promoting economic and social policies that will benefit the rich and powerful at the expense of the world’s people and the environment.”

Bill Gates from Microsoft will be at the conference, along with representatives from every multinational. Protesters are travelling from across Australia to demonstrate. Dave, from Socialist Worker’s sister organisation in Australia, says, “It’s very exciting. There are going to be two main protests. On the Monday thousands of students and environmentalists will try to blockade the Crown Casino. High school students in Melbourne are going to walk out to join the protest. On Tuesday there will be a trade union protest, with union delegates from around the country. The Tory federal government has denounced the protests as ‘un-Australian’. The state government is Blairite Labour. Its leader has attacked us and said he will welcome the forum.”

Although trade unionists have their own march on Tuesday, there have been link-ups between them and the anti-capitalist protesters. The Manufacturing Workers Union has endorsed the S11 protest.

Every nuclear sub is a threat 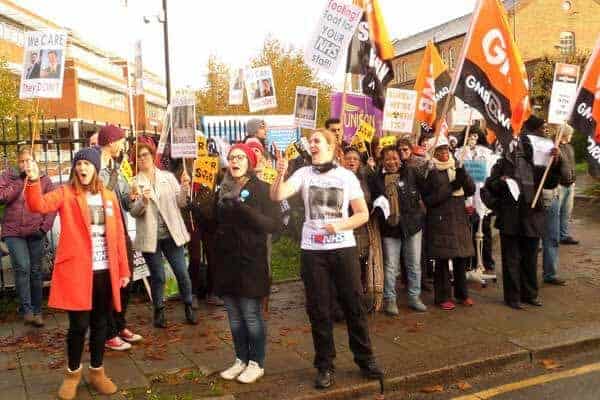 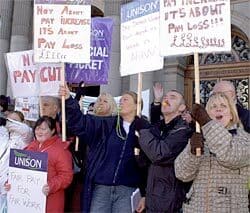 Defending the strike against scabs