Refugee saved from deportation still locked up by Home Office 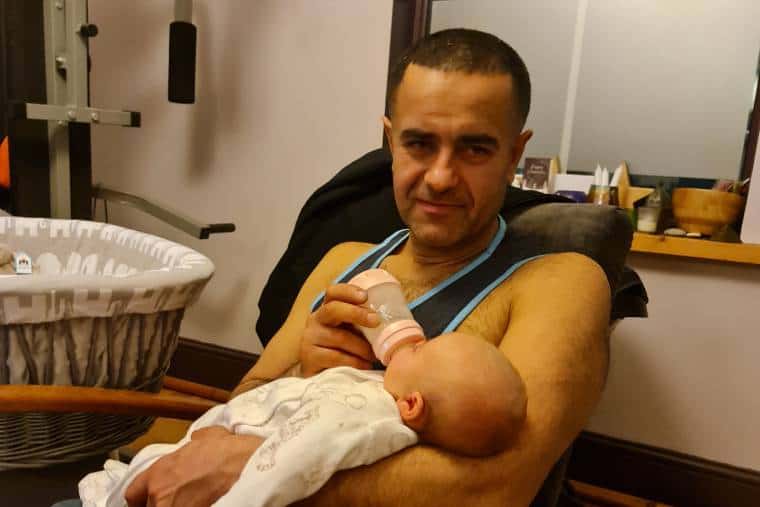 Hemin with one of his children at home in Sheffield. He faced deportation

A refugee snatched up in a wave of detentions last month says he has been left for four weeks without an inhaler.

Hemin Ali was taken suddenly from his family in Sheffield as part of what the right wing press described as “the biggest deportation exercise ever attempted on one day.”

A legal challenge stopped his deportation at the last minute as his application to remain in Britain is still open, just as it was before he was detained. Despite this, the Home Office never released Hemin back to his family—leaving him imprisoned hundreds of miles away in Harmondsworth detention centre near Heathrow.

Now, he says, despite asking for an inhaler for his asthma shortly after arriving, he has yet to get one. And conditions inside the centre are making him ill.

“When they came and grabbed me last month I didn’t bring my inhaler,” Hemin told Socialist Worker. “I’m breathing very badly. Everybody smokes in here. And the worst thing is the ventilation in my cell, it just brings the smoke into the room. It’s like I’m smoking 24/7.”

He added, “The nurse here said I would see a doctor ASAP. I’ve been to see a nurse twice to put me through to a doctor but they haven’t. I’ve asked the manager and she told me I would be called yesterday morning, but I didn’t hear anything. Then she said the doctor probably couldn’t come yesterday because of the train strike

“I don’t need a doctor—it’s in my records that I have asthma. I just need a nurse to bring me an inhaler. Even my caseworker knows about it and has contacted Harmondsworth, but I haven’t heard anything.”

A prisons inspectorate report into Harmondsworth, published in April last year, found detainees complained about poor ventilation. It described how “cell windows were sealed and detainees could not control the flow of fresh air.”

It also found “longstanding problems with the living conditions in the centre”—run by private company Mitie—were “below an acceptable standard.” These included “persistent problems with pests, filthy cell toilets and broken and dilapidated communal showers.”

“Most cell toilets we saw were filthy and needed to be replaced as managers said they were too damaged to clean,” it said. “There was also a persistent problem with mice. Pest control teams visited the centre several times a week, but the problem had remained unresolved for many years.”

The inspectorate also said detainees “commonly complained about the standard and variety of the food. They told us that there was not enough fresh produce and that the food was unhealthy.”

It added, “The food we saw and tasted was neither fresh nor appetising. Records from detainee consultation showed that the quality of food was frequently raised, but there had not been any improvements in the standard or range of meals.”

Hemin’s account of conditions in Harmondsworth suggests little has changed, more than a year since the report was published. “It’s really dirty here,” he said. “The floor is all dirty and covered in fag ends. 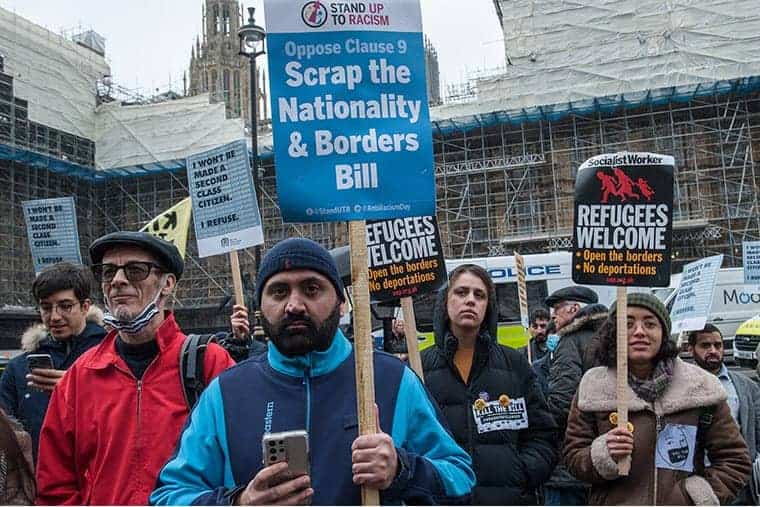 “There are just two small exercise yards for 570 people. Some people play football, some people play cricket and everyone else just has to sit down and watch. There’s nowhere to walk.

“The food is very poor quality and the canteen is shocking—you have to wait sometimes an hour and 15 minutes just to get what you need. Sometimes you see a queue of 70-80 people, and there’s a shortage of items.”

Hemin’s story shows the human cost of the Tories’ war on migrants. He should be free, but—because the Tories want to make an example of refugees—he’s locked up hundreds of miles from his partner and child.

“They cannot send me to Erbil—my case is still open,” Hemin said. “A caseworker has referred me to be released on an electronic tag. It’s criminalising—double punishment for being a foreign national—but his senior manager hasn’t signed off on it. I’m still waiting.

“The Tories and these money generating companies just do what they want to do.” 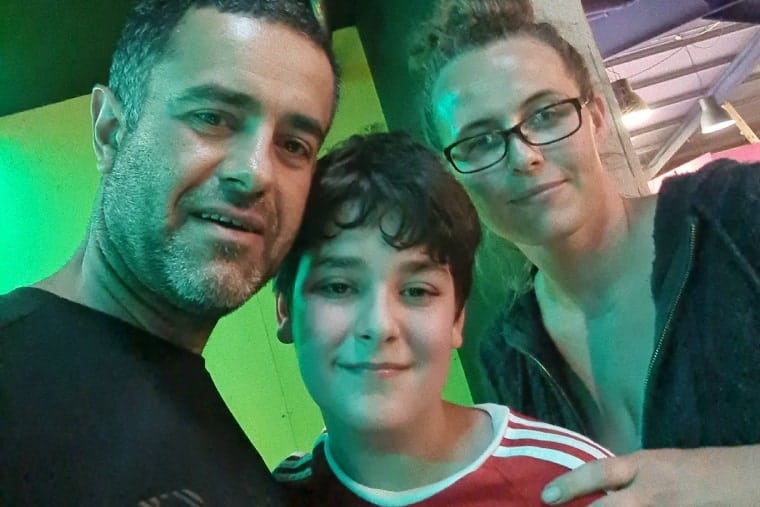 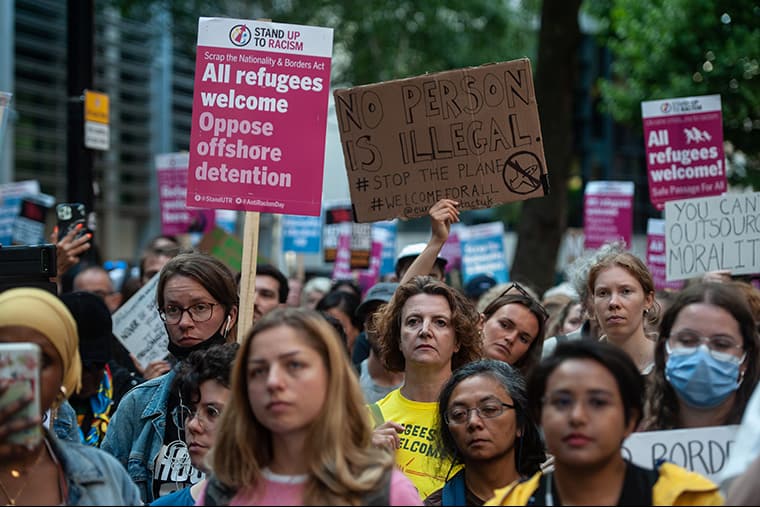 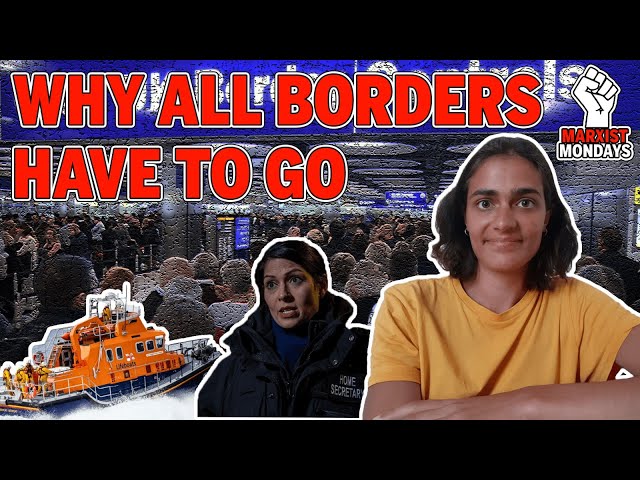