Reject the deal at Network Rail

The RMT union suspended a planned strike at Network Rail after bosses made a new offer.

The strike, over pay and job security, was set for Thursday of this week.

The union had put the action back on after a national RMT reps’ meeting told union leaders that the bosses’ previous deal wasn’t good enough.

Yet it was good enough for union leaders in the RMT, TSSA and Unite unions to suspend strikes planned last month.

The new deal is not much better than the last. Bosses had offered a 1 percent pay rise for this year and 1.4 percent for 2016.

Now they have offered 2 percent this year and a rise equal to the RPI rate of inflation in November 2015 for next year. RPI is currently less than 1 percent.

Bosses have made clear that the new offer “must be offset through agreed efficiencies”—meaning cuts.

And it gives no guarantees on protecting jobs beyond the end of next year.

Network Rail worker Tim told Socialist Worker, “We should settle for nothing less than RPI plus 0.5 percent with no strings.

“There are no below-inflation cuts being applied to Network Rail’s suppliers or agency staff so why should we accept these cuts?”

Workers have the power to force more from the bosses. They should reject the deal. 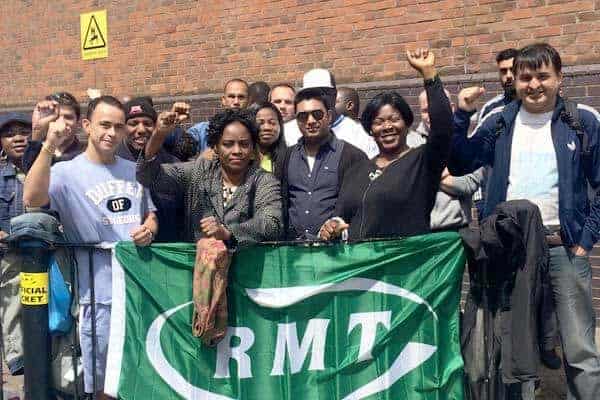