The Tories, the press and Labour right are all going for Jeremy Corbyn because he didn’t join in with their warmongering rhetoric over Russia.

He said Theresa May was “rushing ahead of evidence” following the poisoning of Sergei Skripal and his daughter Yulia in Salisbury on 4 March. Skripal was a British spy who had defected from Russia and settled in the Wiltshire town after a spy swap.

Corbyn rightly pointed out that “flawed intelligence and dodgy dossiers led to the calamity of the Iraq invasion”.

The intelligence services are not intelligent—and no one has any decisive evidence about who was responsible for the attack.

Russian president Vladimir Putin has form on murdering opponents and rivals, such as Alexander Litvinenko who was poisioned in London in 2006. And the Russian spooks’ Novichok nerve agent was used in Skripal’s poisoning.

Yet Putin has little to gain from starting a furore over a defector and there are other suspects besides the Kremlin.

Russian organised crime, which has links with politicians and the spooks, could be responsible for Skripal’s poisoning. As writer Misha Glenny points out, “What does seem to be the case is Skripal was involved in something.

“I simply don’t buy the story that this is merely a revenge attack because it is a big deal if you were to take out a spy on British soil who was involved in a spy swap.”

Glenny, who reports on Russia and organised crime and wrote McMafia, cannot be dismissed as a Kremlin stooge.

The murkiness surrounding the poisoning hasn’t stopped the Tories from making war-like threats.

Defence secretary Gavin Williamson said Russia should “go away and shut up”. Russian foreign minister Sergei Lavrov said it was a sign of Williamson and Britain’s “impotence”.

Yet Russia provides a good opportunity for nationalist posturing at a time when Brexit negotiations are failing.

The Labour right have also latched onto it and feel slightly more emboldened for the first time since the general election last June. They see it has an opportunity to paint Corbyn as a Putin apologist because of his long-standing campaigning against imperialist wars.

The left should take no lessons from the Blairites who have the blood of 1 million Iraqis on their hands.

Left wing Labour MP Chris Williamson was pictured holding a copy of the Communist Party-affiliated Morning Star newspaper. He was sitting directly behind Corbyn during Prime Ministers Questions. The right wing of the party have latched onto this as a means of attacking the Labour left.

During the Cold War many on the Labour left thought Russia represented a form of “socialism” because it had a state-owned economy. Today Putin doesn’t even pretend to be socialist, but many still see Russia as a counter balance to US and British imperialism.

Socialist Worker saw Russia and the Eastern bloc as a state capitalist, not in any way a socialist society run by the working class. The ruling class—state bureaucracy—pumped profits out of workers to compete with the West.

And, while Russia’s power today is much weaker than during the Cold War, it is imperialist. Its support for the Syrian regime of Bashar al-Assad and daily bombardments of civilians are far greater crimes than poisoning a spy in Wiltshire.

Standing against such crimes means fighting imperialism—and that starts with taking on our own rulers in Britain.

Corbyn is right to stand against them.

Imperialism is the real cause of conflict and war

Right wingers are claiming that the poisoning of Sergei Skripal represents a return to the Cold War of the West vs Russia.

Imperialism is a global system of competing capitalist states—and the West and Russia are rubbing up against each other more. But this is not a return to the Cold War where the US and Russia were the world’s only superpowers and battled for world dominance.

The US remains the biggest threat to peace. But it is facing relative economic decline, more global competition and regional challenges from weaker imperialist rivals.

This has made it more prone to murderous military intervention and the chilling threats exemplified by Donald Trump’s blustering. Yet the Tories are still prepared to back it.

Russia has tried to flex its muscles in its “near abroad”—the former Soviet Empire—as with its annexation of Crimea in 2014.

But Putin’s approach internationally is more limited and targeted than Stalinist Russia’s during the Cold War.

Russia joined the West and regional powers’ imperialist carve-up to prop up dictator Bashar al-Assad to safeguard its interests in the Mediterranean.

The European Union hopes to break its dependency on Russian gas by building a “Southern Gas Corridor” from central Asia to the Mediterranean.

These sorts of rivalries don’t always lead to war, but they make the threat of war more likely. 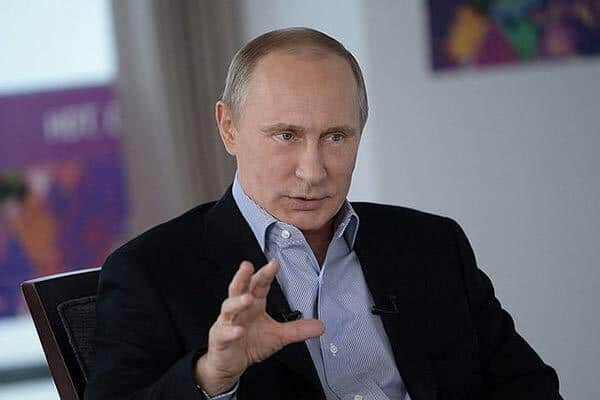 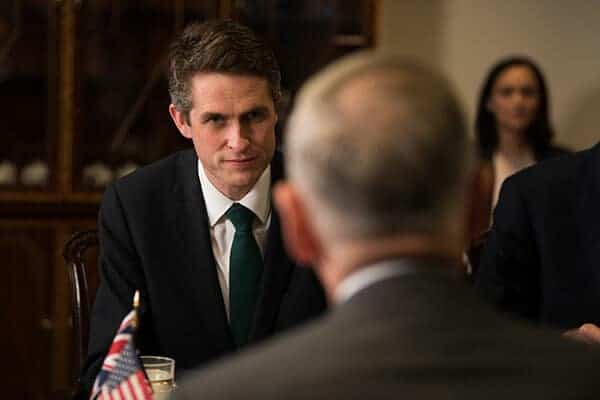