Every year miners, their families and supporters come together in the Yorkshire Miners Hall, to remember the two Yorkshire NUM members, David Jones and Joe Green, who lost their lives fighting for justice in 1984-85.

This year was the largest  for years with over 200 people gathered last Saturday to witness  the wreath laying ceremony at the Memorial Statue in the union’s grounds and  to hear speeches from Labour MP Ian Lavery and Mick Whelan, ASLEF general secretary.

There was also a minute’s silence for Bob Crow and Tony Benn.

David Jones was killed on the picket line at Ollerton in Notinghamshire and the most powerful speech came from his father Mark.

The loudest cheer came when Ian Lavery talked about how the strike had been the best year of his life and said, “I would do it all again”.

Two days previously many of the people there came to see “MINERS SHOT DOWN”, the film of the Marikana Massacre, which got its first showing with an attendanvce of 40. 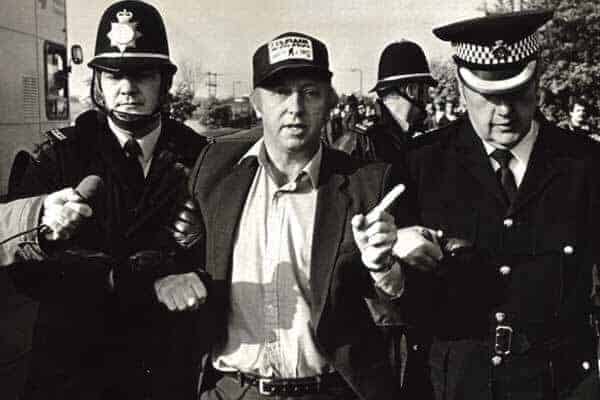