Reports round-up: Friday is for fighting back at Great Ormond Street Hospital 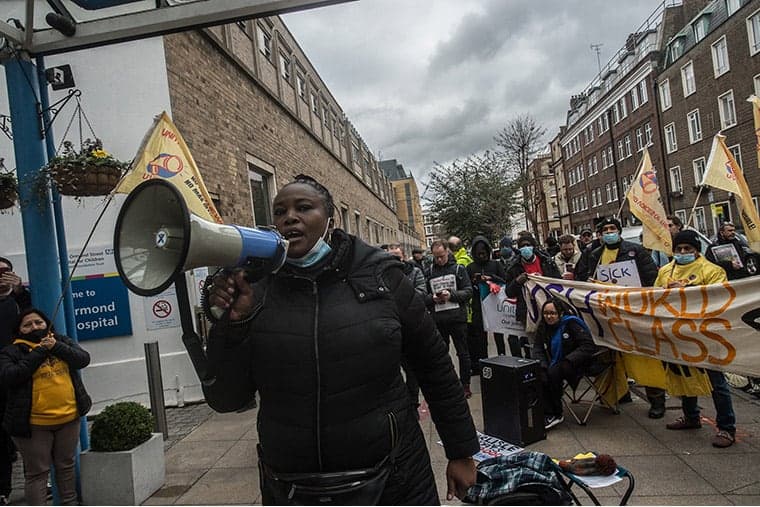 Security guards at Great Ormond Streets Hospital have vowed to strike every Friday of this month to be brought in-house. The outsourced workers, who are members of the UVW union, have already completed six weeks of strikes—which hospital bosses have tried hard to break.

Last month the bosses spent thousands to try and stop workers from protesting anywhere near the hospital. But despite an injunction, security workers have vowed to keep fighting. Strikers plan a rally near the hospital on 29 April.

Long weekend of disruption at Luton

Baggage handlers at Luton airport were set to strike on Thursday of this week and Tuesday of next week—either side of Easter weekend.

Workers are angry at bosses’ failure to introduce improvements to sick pay and failure to pay wages on time.

Airlines, including American Airlines, also face disruption at Heathrow Airport as 200 cargo handlers and truckers are balloted for strikes over pay. The ballot by unite union members is set to end on Wednesday 20 April.

Council workers in Hackney, east London, are set to strike over a disgraceful 1.75 percent offer as inflation climbs over 8 percent.

Over 200 workers in refuse, building services and passenger services for those with disabilities plan to strike on 25 and 27 April and 3 and 5 May. The 1.75 percent offer—rising to 2.75 percent for those at the bottom of the pay grade—was set nationally by the Local Government Association for 2021-22.

Workers at Teesport were set to strike again over pay against bosses at Svitzer Marine. The tugboat crew ensure container ships enter and leave the port—but are facing a pay freeze.

Strikes were set to begin on Wednesday and end on Sunday morning. Workers attempted to secure a settlement with Svitzer bosses after striking in March. The Unite union suspended further strikes to allow for talks—but bosses refused to attend.

Bosses at Asda could pay the price

Up to 8,000 workers at supermarket giant Asda are set to vote on whether to strike in defence of their sick pay.

Workers, who work in warehouses or do clerical work, are set to lose the first three days of sick pay when they call in sick. The members of the GMB union will vote in a consultative ballot that closes on 4 May.

Traffic wardens in Wiltshire are voting on whether to strike after being handed a pay cut that would mean they lose more than £2,000 a year.

The council wants to cut £10 million in staffing costs. The ballot of GMB union members will close on Wednesday 20 April.

Topics United Voices of the World 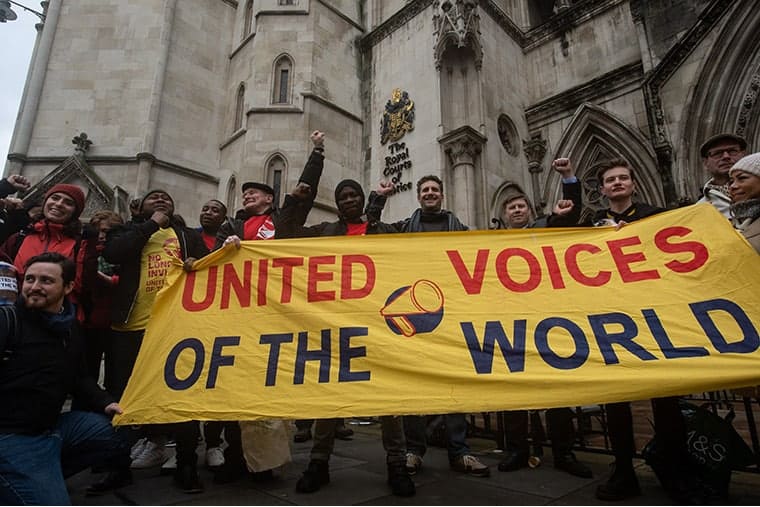