Around half of the 327-strong workforce at the motor exhaust and tow-bar plant are set to lose their jobs, with most of the losses on the shop floor.

On the manufacturing side the workforce will be cut from 160 staff to 88. Three of those facing compulsory redundancy are union shop stewards.

The Unite union says that disturbingly, the company has also ripped up negotiated agreements with the union and is refusing to pay out agreed redundancy terms.

According to Andy Robertson, Unite regional industrial organiser, “Bosals have a contractual obligation to pay three times salary and they are failing to honour that.

‘They really have no thought for the workers. They are throwing them on the scrapheap.’

Unite steward Steve Peters told Preston Fighting Unions, ‘They are saying they have not got enough money. I think it is disgusting. There is money somewhere – it is a multinational company and they have got plants all over.”

At the forthcoming Preston City Council meeting Respect councillor Michael Lavalette and Labour councillor Mat Browne are due to submit an emergency motion condemning the redundancies.

They are also demanding that any redundancies should be voluntary and not compulsory and that the company fulfils its negotiated agreements.

The councillors are also demanding that the regeneration sections at both Preston City and South Ribble councils meet with the company to look at redeployment options for the workforce and assess what Bosals’ contribution to any redeployment package should be.

Campaign steps up a gear across the whole of London 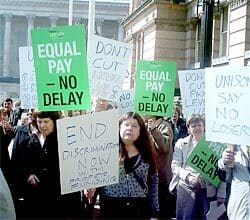 Respect’s election fight is a winner