This article is over 13 years, 11 months old
Over 200 Respect supporters from across London met last week to finalise the selection of a list of candidates for the London Assembly elections on 1 May and to launch Lindsey German’s campaign for mayor.
Downloading PDF. Please wait...
Tuesday 05 February 2008

Over 200 Respect supporters from across London met last week to finalise the selection of a list of candidates for the London Assembly elections on 1 May and to launch Lindsey German’s campaign for mayor.

Michael Gavan, a trade unionist who is fighting victimisation by Newham council, opened the meeting, saying, “We need to challenge the three main parties that all stand for big business, privatisation and imperialism.”

Oliur Rahman, chair of Respect, and second on the Assembly list, encouraged people to get involved in the London Assembly and mayoral elections. He also appealed to people to help in the current by-elections in Preston and Waltham Forest in East London.

He said, “As a councillor who was first elected in a by-election, I know the importance of door knocking and getting out talking to people.”

Lindsey German emphasised how close Respect came to getting elected to the London Assembly in 2004. She said, “All the things we were told about London expanding and getting richer and how wealth would trickle down haven’t happened. Now we face a recession on top of that.

“It’s three months until the election. Let’s put the problems we have faced behind us and push outwards.”

The meeting elected additional members to the London Assembly list to replace those who have left or are supporting a rival list. It also agreed to extend the list of candidates to 18 in total.

The new list includes an impressive cross section of candidates from different backgrounds and a collective wealth of campaigning experience.

“Issues around crime are very serious. It is very important for Respect to address these issues. It’s about injecting some love into our communities and about fighting for our future – our future is the young people.”

Pat McManus, another list candidate, is a nurse at Central Middlesex hospital and a Unison union branch secretary. He told Socialist Worker, “The NHS is a very important issue. Labour’s plan for the health service in London means more closures and cuts.

“In Brent and Harrow, Respect has been campaigning against health cuts alongside local trade unions and others.

“Being from an Irish background, the targeting of Asian and black people through stop and search is another thing that concerns me.”

Another list candidate at the meeting was Mujgan Kazeroonian, a retired teacher from an Iranian background.

She told Socialist Worker, “I’ve been involved in Respect since it was founded. We know that getting elected doesn’t give you the power to change everything. But a Respect councillor or an Assembly member could be at the front of every protest. It could inspire more people to get involved.

“I’m semi-retired now, but I was a teacher and I’ve seen how Tony Blair continued the cuts. Education has suffered so much.”

Many at the meeting were long standing Respect activists, but there were also people who have recently got involved or who came to the meeting to find out more.

Yaser Al Samarraie, a student at City of Westminster college, got involved with Respect in east London not long ago. He told Socialist Worker, “One of the most important things is gun crime and teenagers. We need to find some solutions.

“If young people could go to clubs and gyms it would give them something better to do. Sports facilities are very expensive – there should be discounts for young people.”

Closing the meeting, Lindsey German appealed to people to get involved in Respect campaigns. She said, “We will stand up for ordinary people – whatever their race, religion or gender – against the rich and powerful. That is a vision worth fighting for.”

The Respect Channel is at » www.youtube.com/respectcoalition

Respect campaigners are stepping up the by-election pace in Preston 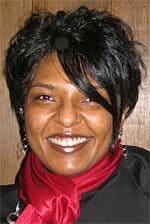