Respect taps into the deep anger in Tower Hamlets

This article is over 15 years, 9 months old
Dozens of Respect supporters joined a car cavalcade that wove through the streets of Tower Hamlets, east London, last Sunday, capping an Easter weekend of hard campaigning in the borough for the 4 May local elections.
By Anindya Bhattacharrya
Downloading PDF. Please wait...
Saturday 22 April 2006

Dozens of Respect supporters joined a car cavalcade that wove through the streets of Tower Hamlets, east London, last Sunday, capping an Easter weekend of hard campaigning in the borough for the 4 May local elections.

Respect has a visible and lively presence across the borough and has started systematic canvassing of every household.

Labour and the Liberal Democrats, in contrast, are nowhere in sight on the streets.

Rania Khan, Respect candidate in Bromley-by-Bow, said, “We’ve been canvassing door to door and there’s a fantastic response. Respect is a new party and people want to ask questions and find out what we’re going to do.

“Sometimes they are initially wary about whether we can deliver. But we tell them that we’ll try our best and we can usually sway them over with our confidence and energy.

“Canvassing door to door is the best way to meet people, I think, as well as holding regular stalls and talking to people in shops.”

Glyn Robbins, chair of Tower Hamlets Respect and candidate in Mile End & Globe Town, said, “The campaign across the borough is going very well. We’re well ahead on our canvassing and the initial results are very encouraging.

“A lot of people are saying they will support us – but we have much more to do if we are going to win this campaign.”

Highlights of the weekend included a walkabout by George Galloway in Roman Road market.

“It was an excellent day – people were really receptive, happy to meet George and to learn more about Respect,” says Tansy Hoskins, council candidate for Bow East.

“This area has traditionally been a stronghold for the Liberal Democrats, but I think we’re making real progress there now.

“That’s come through involving local people in the Respect campaign and tapping into community networks.

“Housing is the biggest issue. We’ve been working with local housing activists to warn people that they will lose their assured tenancy rights if they transfer to a housing association.

“We’ve also been campaigning to reopen the Safeways supermarket on Roman Road. There’s a lot of anger in the community about it shutting down.

“Its closure has badly hit the Roman Road market, since people used to come to shop at the supermarket then visit the smaller shops and stalls.”

Local Respect supporters were given a hand by student Respect activists who had come down to London to help. Among them was Rob Owen, who has just been elected student union president in Manchester University.

“Campaigning for Respect in Tower Hamlets was a real eye opener,” he told Socialist Worker. “You get a real sense of how issues like housing and the lack of youth provision are cutting on the doorstep.”

Respect candidates in Whitechapel ward held an impromptu outdoor meeting with some 40 people from a Bangladeshi youth organisation.

The young people explained how they had ended up hanging around on street corners and getting hassled by the police. Several of them had received warnings or Asbos as a result.

New Labour’s campaign in Whitechapel focuses almost exclusively on “cracking down on crime”, boasting about putting more police officers on the beat and dishing out Asbos.

But the communities in the area understand that it is the lack of facilities and opportunities for young people that fuels crime – and that criminalising young people with Asbos is not the answer.

Respect is going to court this week to challenge a decision by the returning officer to exclude its candidates in St Katherine’s & Wapping ward.

An electoral officer barred three Respect candidates on a technicality, despite having previously assured them on two occasions that their nomination papers were in order.

Respect activists in Tower Hamlets are also investigating claims of the abuse of postal votes.

Why I'm fighting for asylum rights

March says no to new runway 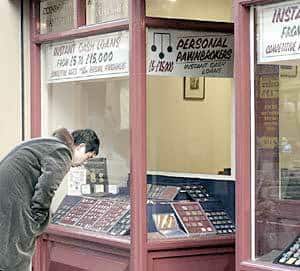