This article is over 12 years, 11 months old
Attempts to witch-hunt well known health worker Yunus Bakhsh from his job and his union continue to cause a storm – particularly in the north east of England.
Downloading PDF. Please wait...
Tuesday 03 February 2009

Attempts to witch-hunt well known health worker Yunus Bakhsh from his job and his union continue to cause a storm – particularly in the north east of England.

Senior union activists report that the leadership of the Unison union’s northern region are so desperate to clamp down on discussion of the issue that they are issuing letters threatening disciplinary sanctions against anyone who circulates information about the case.

The regional leadership are also accused of using heavy- handed techniques to prevent the matter from being raised at meetings, with delegates to the union’s regional council being silenced by the chair before they have completed their first sentence.

This clampdown comes precisely when Unison ought to examine seriously where the attacks on Yunus have led it.

It was revealed recently that the Nazi website Stormfront had issued an appeal for information that could get Yunus sacked.

Following a number of “anonymous” allegations of bullying, Yunus was dismissed from his job and expelled from his union.

Postings made on the Stormfront site last month claim that it was the Nazis’ campaign that led to this. The detailed information contained in the postings have led some to suspect that the fascists may have a source close to the NHS trust which sacked Yunus, the union, or both.

Last month Kerry Cafferty, one of Yunus’s key accusers, was found to be a Facebook friend of an open member of the British National Party and a member of several Facebook groups that have become a focus for racists.

She resigned from Unison shortly after the revelations.

Yunus has continually demanded that his employer and his union investigate a possible racial motivation for the complaints against him.

He believes that both have failed to adequately explore this possibility.

Unison nationally has now been forced to appoint one of the union’s most senior officials, Bill Gilby, to look into the matter. Gilby’s assignment came shortly after local MP Dave Anderson, who heads Unison’s parliamentary group, wrote to Yunus saying that he would be taking up the matter with the union’s general secretary.

But while Unison nationally has been forced to concede that some sort of inquiry is merited, the union’s northern region has not.

In response to the revelations about Kerry Cafferty, it issued a statement last week entitled “Unison upholds racism complaint”.

Instead of explaining the details of the Cafferty case, the statement was actually an attack on Yunus’s contention of racism behind the attack on him.

Shockingly, the statement did not name Cafferty, or condemn her for befriending Nazis on Facebook. It did, however, name Yunus – and argued that “individuals named in the racism complaint” played no role in his expulsion from the union.

This reasoning is untenable.

Yunus was suspended from office by Unison in January 2007 following complaints made against him by, among others, Kerry Cafferty and her husband Peter.

Unison’s national executive was informed that as the allegations included stalking, damage to property and threats of violence – which the police have confirmed they were never made aware of – it was vital that Yunus be removed from his positions and barred from standing in subsequent elections.

All further allegations, including those that saw Yunus expelled from the union, stem from the “trawling exercise” investigation that followed.

Shamefully, as the issue of racism in Yunus’s case comes to light it is perverse that Unison is continuing its attempts to drive him out of the union.

The union will try to confirm his expulsion at a hearing on Monday 16 February.

Unison is also appealing against a decision by the trade union certification officer that the union broke its own rules when suspending Yunus from union office.

Activists across the trade union movement should be demanding that all disciplinary sanctions against Yunus are lifted, that he is immediately returned to full membership of Unison, and that there is an independent inquiry into the scandal of his treatment. 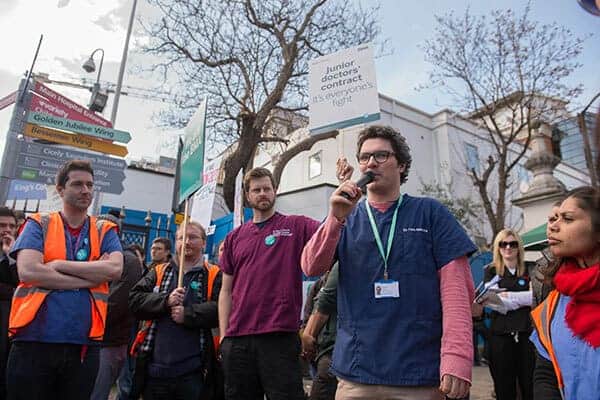