Revenue and customs staff to walk out

PCS union members in revenue and customs (HMRC) are set to walk out next Monday in two ongoing disputes.

The first dispute is over the new attendance management policy imposed on staff last February. This cuts in half the number of days staff can take off sick before disciplinary action is triggered.

The old policy allowed for ten days or five occasions in a 12 month period. The new one cuts this to five days or three occasions, and has been seen as a cynical move to get rid of staff on the cheap.

PCS members first walked out on 7 and 8 June, causing chaos for the employers. They reopened negotiations as a result, but these have proved fruitless. Members will walk out from midday until 2pm.

The second dispute is around the trial of private sector providers to take on “peak time” contact centre work.

HMRC have shed 30,000 staff since 2004. A damning report by the National Audit Office reported the levels of service provided by contact centres earlier in the year.

HMRC’s response has not been to employ enough staff to cover the work. Rather it’s to continue cutting jobs and looking to farm out the work they can’t cope with to private companies during peak periods.

If the proposed trials are successful, the PCS fears it will start a downwards spiral into privatisation throughout the civil service.

PCS members in personal tax operations will be asked to stay out for a further hour until 3pm on 12 December.

These walkouts will be the first public sector action taken in the wake of N30. It is important that the action is strongly supported so we can continue building momentum for further coordinated action. 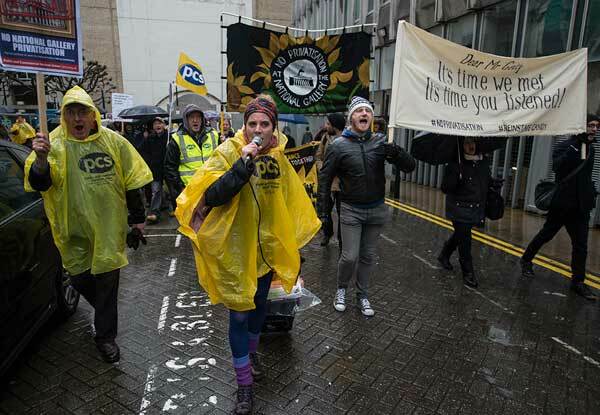