This article is over 15 years, 5 months old
Around 8,000 members of the PCS civil service workers’ union struck on Monday of this week at ten large processing offices in Her Majesty’s Revenue and Customs (HMRC) department.
Downloading PDF. Please wait...
Saturday 05 August 2006

Around 8,000 members of the PCS civil service workers’ union struck on Monday of this week at ten large processing offices in Her Majesty’s Revenue and Customs (HMRC) department.

The strike follows the refusal by senior management to honour a proposed settlement over the introduction of new working practices called Lean.

The union postponed a one-day strike scheduled for 14 July after reaching an agreement with management.

Lean is leading to excessive individual monitoring, a deskilling of work, and exposure to repetitive strain injury

Workers on the picket line told Socialist Worker about the work processes they had to undergo due to the new working practices.

Jenny Atkinson, the branch secretary in Newcastle, said that there is a white board with hourly targets to be met.

Those people not meeting their targets have their names written up on the board to name and shame them.

She said, “People going to hourly meetings have to stand up because management say that too much time is spent asking questions and standing up cuts down the amount of waffling.”

Dave, who is a workplace rep, told Socialist Worker that in his Lean processing area there is a list of Japanese words and phrases to remind people that the Lean processing was introduced at Toyota cars to streamline production.

Dave said, “The Lean processing procedure dehumanises work because each worker processes just one small part of a tax return and then passes the form to the next worker.”

Council workers: 'We’re sick of bosses treating us so badly' 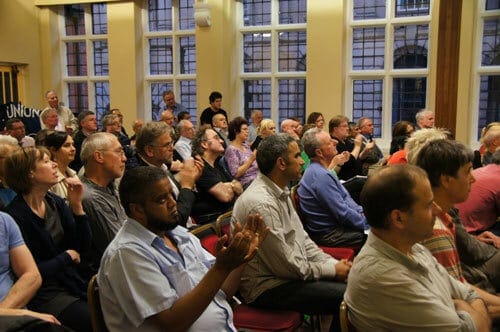