‘Although I voted Labour, I must confess that on 8 June, I did not celebrate the Labour victory. Instead I mourned the demise of the Labour Party that I have been a member of for 54 years’

NEW LABOUR’S drive for privatisation has shocked the entire trade union movement. Chancellor Gordon Brown spelled out the government’s plans for its second term at the weekend. He told Rupert Murdoch’s Sunday Times, “Margaret Thatcher did not go far enough.”

What an insult to the millions who suffered the nightmare of the Tory years and whose fears New Labour exploited to get re-elected. No wonder solid loyalists to the Labour establishment such as Ron Todd and Roy Hattersley are speaking out.

Many more at the base of the trade unions have gone further. Delegates at the conference of Britain’s largest trade union, UNISON, slammed the government’s Tory policies last week.

UNISON leaders ran to catch up with the mood. But delegates would not settle for words. They wanted a serious fight against privatisation. And they voted, against the wishes of their leaders, to “review” the union’s funding for New Labour. That decision left the coterie around Tony Blair stunned.

The Financial Times on Tuesday of this week reported that Labour officials are “particularly worried” that socialists who stood against Labour in the general election might win “backing from left wing unions”. It went on to warn its business readership that union activists have moved to the left over the last four years.

It tried to blame the Socialist Alliance “for the escalation of wildcat postal strikes and industrial action on the railways”. Those strikes are in fact a reflection of a growing anger with New Labour, and of a returning confidence among workers to take action. Union leaders are speaking out against the government’s Thatcherite programme. Talking a good fight is not enough. Every pressure must be brought to bear to force our union leaders to build on the revolt against Blair by calling the popular hard-hitting action that can stop privatisation.

Union leaders must fight back 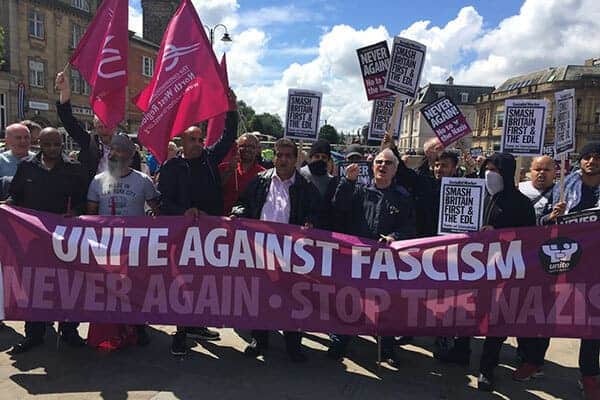 CIA has been caught with its pants down over underpants bomber