BRITAIN HAS become more unequal than ever under New Labour. A new report from the government’s own Office for National Statistics, Social Inequalities, provides a devastating picture of a class-divided Britain. It shows how class dominates our lives from the cradle to the grave. The inequality that grew massively during the Tory Thatcher years has continued right through the 1990s, including during Labour’s first two years in office. The rich have got richer on the backs of the rest of us.

Three million children in Britain live below the poverty line-calculated as less than 60 percent of average income. The divide between rich and poor is much greater when everything the rich and their ancestors have managed to get their hands on, like property, land and factories, is taken into account.

Just 1 percent of Britain’s population owns 20 percent of such wealth that can be sold-about 388 billion. Far from governing on behalf of the many, Tony Blair has lined the pockets of the rich through tax breaks to big corporations and wealthy businessmen. The City fat cats and whizz kids are once again filling up the posh wine bars, guzzling champagne and toasting their riches-just as they did in the 1980s under Margaret Thatcher.

ONE IN five pensioners are living below the poverty line. They, along with lone parents, count for some of the poorest people in Britain. Yet New Labour has driven them further into poverty by giving pensioners an insulting 75 pence a week rise and cutting lone parents’ benefits.

THE RICHEST 200 people in Britain have nearly doubled their wealth-from 48.3 billion to 95.4 billion-since New Labour came into office. Richard Branson, the third richest man in Britain, is worth 2.4 billion. He has hiked up some fares by 50 percent in three years on his Virgin trains.

THE BASIC minimum wage rate of 3.70 has not succeeded in lifting low paid workers out of poverty. Only 60,000 workers out of the two million people the government claims have gained from the minimum wage are no longer claiming benefits. The other 250,000 still need their wages to be topped up.

THE MEDIA never tire of telling us that women have won equality with men. But Social Inequalities shows that women’s oppression still exists. Despite over 25 years of equal pay legislation, women working full time got an incredible 42 percent less pay than male full time workers.

So for every 100 the male worker gets, a woman earns just 58. When boys and girls leave school at 16 with the same qualifications, by the time they reach 20 years old the boys will be earning 10 percent more. Women have continued to join the workforce in huge numbers over the last two decades. In 1999 some 70 percent of all mothers with one or more dependent children had jobs outside the home-a rise of more than 10 percent from 1987.

A tiny minority of well paid professional women can afford to pay for posh nurseries and nannies. But for the vast majority of women there is a constant struggle to make ends meet, to juggle childcare and housework with unsociable hours and nightmare shifts.

SOCIAL Inequalities shows that poverty is not confined to a small “underclass”. Nearly a quarter of the population live below the poverty line. Around one third of all households have no savings. Some 37 percent of households headed by an unskilled manual worker do not have access to a car or van.

Ordinary people’s lives are not just dogged by lack of money. Workers increasingly have to endure the treadmill of long hours, flexibility, exploitation, job insecurity and stress. A study by the Industrial Society of over 6,000 workers found that a combination of long working hours, low maternity benefits and a lack of paid paternity leave was denying people the opportunity to spend time with their families.

Poverty damages children’s mental and physical health. In families where the weekly income is less than 200, 16 percent of children between the ages of five and 15 have some type of mental or emotional disorder. Only one in five children whose parents are unskilled manual workers achieve five GCSE passes at grades A to C in 1998.

Throw out freeze in university pay 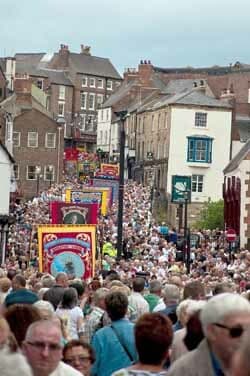