This article is over 16 years, 5 months old
Michael Rosen argues that Richard Dawkins’ new TV series, The Root Of All Evil, misunderstands the historical role of religion and those who practise it
Downloading PDF. Please wait...
Saturday 21 January 2006 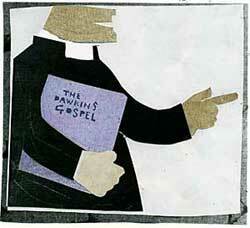 Watching Richard Dawkins’ TV programmes The Root of All Evil? I was struck by something unfortunate. Dawkins is supremely confident when laying out his stall but rather weak when confronted by the fundamentalists he argues with, preferring to end discussions with, “We’d better leave it there.”

Then, when he’s on home territory, defending the notion that apes, pre-human species and early humans have had every reason to behave altruistically, Dawkins turns this into a piece of weird deterministic genetics claiming the presence of an “altruistic gene”.

But there’s a more serious problem underlying the series. Dawkins seems unable or unwilling to be able to make distinctions. When we look at what we call “religion”, Dawkins is wrong to jumble up a complex set of quite different things.

So, if we want to be clear about religion, we have to distinguish between all of the following: the sacred founding texts, the statements and actions of a religion’s leaders, the everyday practices and ideas of the religion’s followers, the contrasting beliefs and actions of the many sects within that religion.

Instead, Dawkins blurs all this into what he thinks of as one loathsome mass.

We see him standing against a badly lit church wall, citing passages from the Old Testament that seem to advocate rape of one’s own daughter and murder of non-believers. But this is a useless piece of information unless it’s related to real believers and real actions.

I think Dawkins’ weakness stems from the fact that he can only view religion in its abstract sense—as a set of ideas that need to be fought against. Then, moving from the ideas he lands on various people and sects and tries (not always very successfully) to show that what they are teaching is obnoxious.

Note—he doesn’t really investigate what various sects actually do. The danger with this approach is that it ends up damning everyone involved in every religion everywhere. Only Dawkins and his chosen atheist friends are pure, true and safe from all this superstitious stuff.

In the end, this makes him look either silly or ignorant. A glance at history shows us that every movement for social improvement has involved people with religious beliefs, and, on occasions, their leaders too.

Most of the people in 17th century England who fought against the aristocracy and its demand to rule by birthright were Christians. What’s more, so were the people who came up with ideas and actions at that time of how to overcome exploitation and inequality.

Turn that on its head and consider moments of crisis facing a people, like say, mass unemployment in the 1930s or enemy occupation of your home. In the mass resistance that took place, there were of course people of many beliefs, many religions.

It would be quite wrong to claim that it was only atheists who were the right and good people at this moment and that all religionists were those holding back progress.

Meanwhile, history also shows us that at many times in our past the most powerful forces in the land have picked on one religious group and persecuted it mercilessly.

Or again, armies have landed in another country and set about exploiting and massacring a particular set of religionists in that country.

The reverse side of this coin is that the most powerful have often found it useful to adopt a particular version of a religion and then proceeded to make it an issue of loyalty that everyone should, on pain of death, conform to it.

Again, Dawkins doesn’t seem to be able to distinguish between oppressed believers and powerful believers.

So, the actions of Elizabeth I’s totalitarian Privy Council murdering anyone who didn’t conform to its version of monarchy, nation and religion must surely be distinguished from the actions of, say, Rastafarians in resisting state power in Brixton and Jamaica.

The same applies to the resistance to US imperial rule in Latin America frequently led by liberation Catholics like Ernesto Cardenal in Nicaragua.

To sort out some rationality in this mess, I think, speaking as an atheist, we need some principles. We should demand and defend freedom of belief and non-belief. However, no one religion should have a privileged status over another including, of course, running the state or institutions of the state.

The consequence of the present set?up in Britain is that we have bias and discrimination against non-Anglican sects and religions. Better that the state should have none rather than one.

For any of us taking part in political action whether it be against the war in Iraq, a rent strike, opposition to school academies, workplace disputes, the least useful, most divisive action to take would be to make being an atheist relevant to the fight in hand.

Some religious followers say we should be judged by our actions. In a way they’re right. If as atheists we end up harassing and persecuting people simply and only because of what they believe in, we will be judged by that and not by our ability to resist the actions of those who rule the world.

Michael Rosen and Philip Pullman appear in a resource for schools and colleges Why Atheism? available from www.team-video.co.uk

Nursery nurses are fighting for all of us 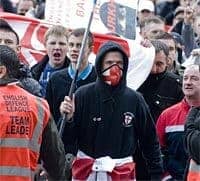 Opposition can beat them back

Life gets tougher as cutbacks start to bite