UCU union members at Richmond College in south west London struck on Wednesday of last week over pay cuts and workloads. Bosses want to cut pay by 3 percent on top of the national pay freeze.

They also want to slash annual leave and increase working hours for staff. Workers are also angry at plans to close down a number of courses, including Philosophy, Classical Civilisation, Geology and half of the Psychology. This will mean compulsory job losses.

Bosses have also received pay rises while proposing cuts for workers. “It can’t simply be blamed on the government’s cuts,” Chris added.

Workers have called another two days of strikes after Easter.

Kingston University workers and students protest to save school under threat 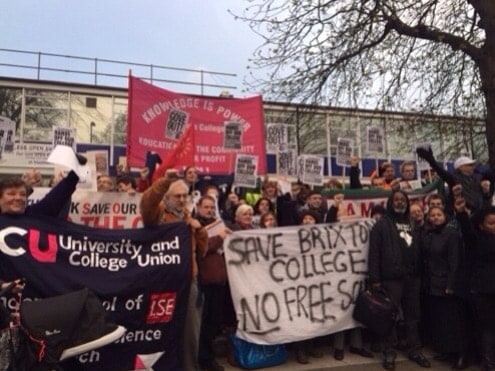