RMT throws down challenge to Blair

This article is over 18 years, 6 months old
THE RMT rail union took a historic step this week towards building a mass left wing challenge to New Labour. The union which moved the resolution setting up the Labour Party 103 years ago voted overwhelmingly at its conference in Glasgow to allow funding for socialist candidates standing against New Labour.
By Kevin Ovenden
Downloading PDF. Please wait...
Saturday 05 July 2003

THE RMT rail union took a historic step this week towards building a mass left wing challenge to New Labour. The union which moved the resolution setting up the Labour Party 103 years ago voted overwhelmingly at its conference in Glasgow to allow funding for socialist candidates standing against New Labour.

The decision blows a hole in the argument from leaders of the Labour Party and TUC that there is no alternative to just sticking with Labour. The motion, passed by 43 votes to five, leaves the RMT union formally affiliated to the Labour Party but allows branches to request the union’s executive to support socialist candidates outside Labour.

RMT general secretary Bob Crow made clear in the debate that that included affiliation to, for example, the Scottish Socialist Party (SSP). There was an overwhelming feeling from delegates that the union should back the SSP. Every speech in the debate was marked by immense bitterness at the betrayals of the New Labour government.

That included speeches from the minority of delegates who thought the union should support only the Labour Party under all circumstances. Bob Crow asked, ‘Tell me what the difference is between being privatised by John Major in a blue rosette and Tony Blair and Alastair Campbell in a red rosette.’ After outlining New Labour attacks, he said, ‘And to cap it all we now have a cabinet of war criminals.’

Other union conferences have seen fury from delegates at what New Labour is doing. The difference at the RMT was that delegates refused to be swayed by the argument that it is only possible to resist the government by working inside the Labour Party.

The RMT’s position means it can continue to back a group of left Labour MPs, chaired by John McDonnell, but it will also back other socialists. McDonnell got a warm response when he spoke to the conference on Monday. But the majority of delegates clearly thought there was little chance of ‘reclaiming the Labour Party’.

George Galloway, speaking after McDonnell, doubted whether there were enough socialists left in parliament to reclaim Labour and whether there was the democratic space in the party to do so. Tommy Sheridan of the SSP won loud applause for his call for unions to ‘modernise’ the political fund, to break the monopoly of funding to Labour. The success of the SSP in the Scottish Parliament elections, where it got six MSPs under the proportional vote system, inspired delegates.

‘But it is not only in Scotland,’ said Mick Skiggs from Portsmouth. ‘We need a socialist framework south of the border. I believe that socialists in this room can build that framework.’ John MacDonald from Manchester said, ‘We’ve got to build something in England. My dad is 80 years old and stays in the Labour Party, despite where it’s gone, because he says there is nowhere else to go. We’ve got to find somewhere else to go.’

London Underground worker Bob Law argued that it is possible to create that alternative by drawing together forces on the left. He said, ‘We’ve taken the decision to back Ken Livingstone for the London mayor election. ‘But we have to look at getting candidates we can back for the Greater London Assembly too.’

The RMT decision puts it in a sharp conflict with the government. But Labour leaders face huge problems over how to respond. If they ignore it, it will undermine the argument put by other union leaders that any move to fund other candidates amounts to disaffiliation from the Labour Party.

If, however, they take action against the RMT it will create a backlash among activists in every union against New Labour. Bob Crow said either way ‘we are not going to take from Labour what we’ve taken over the last six years’.

He said, ‘Sooner or later you are going to have to put your foot in the water’ to pull together the forces for a socialist alternative to Labour. He and other speakers pointed to the two million people who took to the streets on 15 February against the war as a key component of such an alternative.

RMT branches will now be debating what local candidates they would like to back and asking the national union to do so. That means a vibrant political debate among 65,000 union members.

‘When other trade unionists see what we have done,’ said Brian Munro from London, ‘they will be lining up to say they want to do the same.’

Now the mood for action is spreading 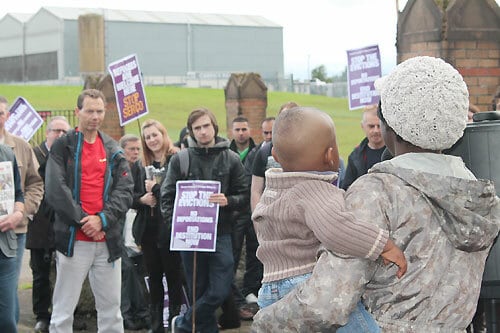 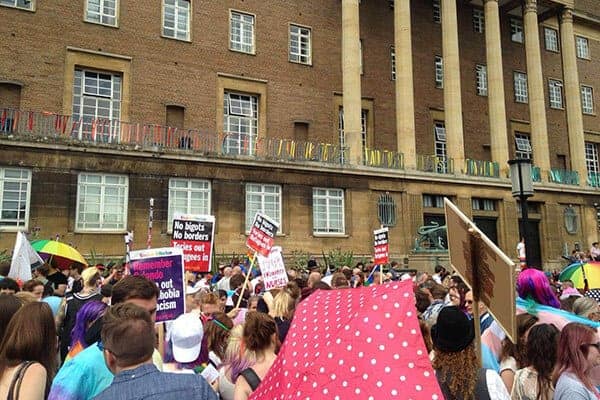