A few months ago cleaning firm Initial dredged up accusations against Clara that had been shelved in February last year.

This followed Clara helping to win sacked workers’ jobs back.

But at a disciplinary hearing in June bosses dropped four charges “due to the length of time that has lapsed”.

Clara told Socialist Worker, “This is a real victory as they were going to sack me. But they didn’t have a case.

“And they realised that I had very strong support. That is the key to my victory.”

Initial decided to take no further action on a fifth charge at the hearing.

A sixth charge accuses Clara of “Being away from the workplace without permission to undertake union duties and saying this had been approved by HR”.

Bosses will issue Clara with a first written warning relating to this charge. Clara is preparing to appeal and said that the bosses’ retreat has given her and other workers a boost.

“This has made people think it’s good to stand up for yourself,” she said. “People will see this and see that you can get a victory.

“I want people to think, ‘If Clara can do it, I can do it’. That’s my message to all cleaners.” 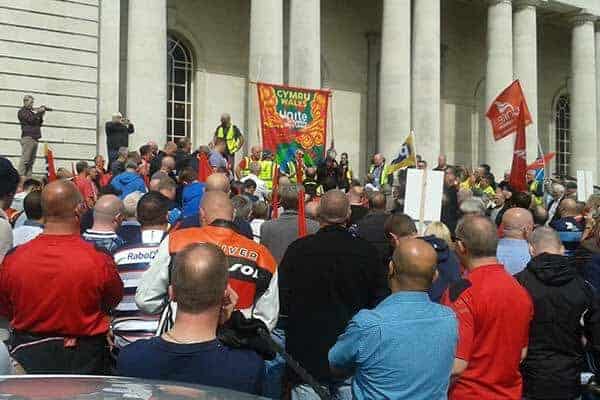