Abusers are still targeting children in Rotherham a year after a damning report sent shockwaves across Britain.

Police and other authorities claim things are different now—but those with experience of the abuse disagree.

Jessica was sexually exploited from the age of 14. She told Socialist Worker, “It’s still going on. I’ve seen it in broad daylight. It won’t stop just because we’ve had some media attention.”

She contacted police just this month after one man, related to known abusers, had been approaching young girls falsely claiming to be 14 years old. She described how abusers have tried to “groom” her son to become a perpetrator too.

Jessica still avoids some places in Rotherham, such as Clifton Park and the bus station. She said they’re still abuser hotspots. “But it’s everywhere really,” she added.

Sally Jane told Socialist Worker her 15 year old daughter was contacted by a man on Facebook last November. “He was trying to groom her,” she said. Apparently he’s contacted 34 other children.

“My daughter did a statement, but the police say they can’t find it.”

The Jay report detailed horrendous violence against children, some as young as 11. Young girls were gang raped, beaten and trafficked across Britain.

Abusers would befriend children, flatter them and shower them with gifts. Over time they used alcohol, drugs and threats of extreme violence to control victims and facilitate abuse.

But even when they did, police either didn’t believe them, said they couldn’t help, blamed the children or said they were “consenting”.

Jayne Senior ran the Risky Business project, which was set up to support CSE victims and those at risk, from 1999 to 2011. She told Socialist Worker, “Young people had been identified as involved in or at risk of child prostitution.

“I hated that word—but the law reflected the idea that children were making a choice.”

Jayne added that children could be more easily dismissed because they didn’t always fit the dominant view of a victim.

“I understand that, but how many people would put their hand in their pocket when they see a nine, ten or 11 year old shouting and swearing? That frightened child is the same as the one in the adverts.” 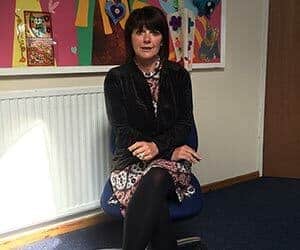 Jenny told Socialist Worker how her two daughters suffered CSE—and how the authorities failed them.

“The younger of the two was one of the worst cases in Rotherham,” she said. “She was raped and they used a broken glass bottle.”

Jenny approached the authorities to report the abuse. “I went to social services. But they were more concerned with blaming me than they were with the children.”

Meanwhile the police didn’t seem interested. “Every time she went out and wasn’t in at the time she should’ve been, it was a matter of phoning the police,” Jenny explained.

“You’d be on the phone to them for an hour and half the time they never showed up. All they thought was she’s just a child running off all the time. They didn’t take it seriously at all.”

Sally Jane’s older daughter was 13 when she suffered CSE. “I witnessed my daughter’s abuse,” Sally Jane told Socialist Worker. “They were forcing her to give them oral sex in a field.

“Social workers took her away the day after.

They wouldn’t let me see or speak to her for a week. It was awful. To me, I felt she could’ve blamed me for her being took away because of what I saw.”

The authorities failing to deal with the abuse took its toll on Sally Jane. “I suffered badly with panic attacks and anxiety,” she said. “It took years to get over that.

“People just thought I was imagining it because nothing had been done about it.

“I didn’t just witness it on my own—my friend was with me. But they didn’t take her statement until a year later. They didn’t do ID parades until six months later.

“They told me I couldn’t say anything as I was going to be used in court as a witness—only they never did. I just felt like they thought I was lying.”

Sally Jane said police “either lost my evidence or destroyed it”.

She added that the police said if she talked about what she’d seen her other children could be taken away. “That’s what I was blackmailed with the whole time,” she said.

The Jay report found that some officers treated victims of abuse with “contempt”. Jessica said, “I got called all sorts. I was a bitch, his mistress, a slag, a prostitute.”

“They were told they were no good,” said Sally Jane. “Trouble-causers. The police said to my daughter, ‘If you go back to those men you’ll be classed as a little slapper’.

“She was 13 at the time. And that was the night I’d witnessed the abuse. I wouldn’t trust the police as far as I could throw them.” 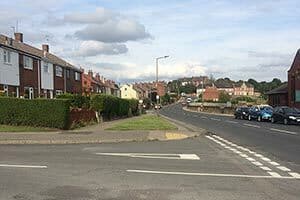 Jenny said, “The police blamed them for running off, thought of them as little prostitutes. They weren’t a priority when you phoned up. The police couldn’t be bothered.”

Many media reports have focused on Asian men who abuse children. But the women wanted to make clear that the problem goes wider than this.

“Not all perpetrators are Asian,” said Jessica. “I’ve had abusers that were white, Asian and as an adult I’ve been abused by a black man.” She said that some cases involved women abusers too.

“In Rotherham perpetrators have included professionals, police officers and councillors.”

Sally Jane added that the man targeting her daughter on Facebook wasn’t Asian. “There’s all races that do it,” she said. And Jenny’s daughter is now suffering domestic violence—at the hands of a white man.

The women think there are other reasons for the lack of action. Sally Jane said, “The problem with Rotherham is that some of the councillors were connected with abusers.”

Jessica said there were such connections all over Britain and added, “It’s quite scary how connected people are.”

She has described in the past how police had links with her abuser—one buying steroids from him, for example.

She added that the abuse was “very organised”. “The abusers aren’t just involved in trafficking girls, but all sorts of other crimes too,” she said.

These links may be one reason why police refuse to act over CSE.

For all politicians’ warm words, they’re slashing funding for services.

Sally Jane said support should be there for people of all ages, not something that ends when a child turns 16 or 18.

For Jessica, even the support that is there for older people has been hard to access. “When I first went for therapy, there was a waiting list and I was 50-odd on the list,” she said.

And she said that it took months after the Jay report was published to see any changes. “Everyone says it’s a year on but it’s not,” she said. “It’s only been these last six months that support has come from other agencies.

“When Jay came out everyone was fixated on the 1,400 figure—there was no more support.”

Jayne agreed. “We had six months of continued denial,” she said. “A lot of time and energy was spent trying to disprove the number rather than admitting the issue and moving it forward.”

She added that CSE doesn’t only affect the victim but whole families. “There’s got to be a service where everybody can access some support,” she said.

Despite everything the women are optimistic and are trying to organise to change things.

They have set up the Rotherham Steering Group to try and raise awareness of CSE and support those who have experienced it.

They said getting together helped them feel less isolated and creating their own support network had transformed them.

“We’re living proof that when the right support gets put in place, it makes a difference,” said Jessica. “And we seem to be getting listened to. I think the council and police know they’ve got a lot of people watching them.”

Sally Jane said, “You can’t change the past. But we can make things better for future generations.”

Join the Unite Against Fascism protest against fascists Britain First who want to use the abuse scandal to whip up racism. Sat 5 Sep, assemble 12.30pm, All Saints Square

Sarah Wilson was sexually exploited by men in Rotherham from the age of 11. “My mum reported me missing countless times but the police barely batted an eyelid,” she said. “In their opinion, we’d agreed to this.”

Sarah recalled one officer referring to her as “a nasty young woman”.

She called the police when she was 14 to report a rape but the police officer she spoke to “just laughed”.

Sarah’s abusers threatened her and her family if she didn’t continue to see them. So Sarah regularly went missing with them. 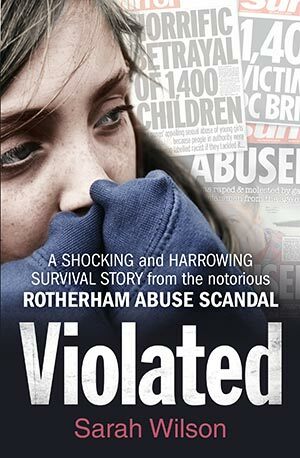 Her mum Maggie said, “Every time I phoned the police, sick with worry and scared this would be the time she wouldn’t come home at all.

“The sigh was always audible on the other end of the phone. The officers usually told me to give them a call when Sarah returned, rarely even pretending that they were looking for her.”

Sarah has written a book about her experiences. She described how police saw her in cars with those abusing her. “I often saw them laughing and joking with my abusers,” she wrote.

“A couple of times I even caught them shaking Jamal’s hand before we drove off.

“For many years, a large number of officers within South Yorkshire Police saw girls like me as scum.”

The men who abused Sarah were Asian and much of the mainstream media has focused on this.

But Sarah said that CSE “isn’t about race”.

“It really annoyed me when the idiots from the English Defence League turned up,” she wrote. “They were just jumping on the bandwagon to try to make excuses for their pathetic racism.”

Sarah now works to raise awareness of CSE. “I’ve realised I don’t have to be a victim forever,” she said. “I’m also a survivor, and I can make a difference.”

Privatisation of children's services will only deepen failure